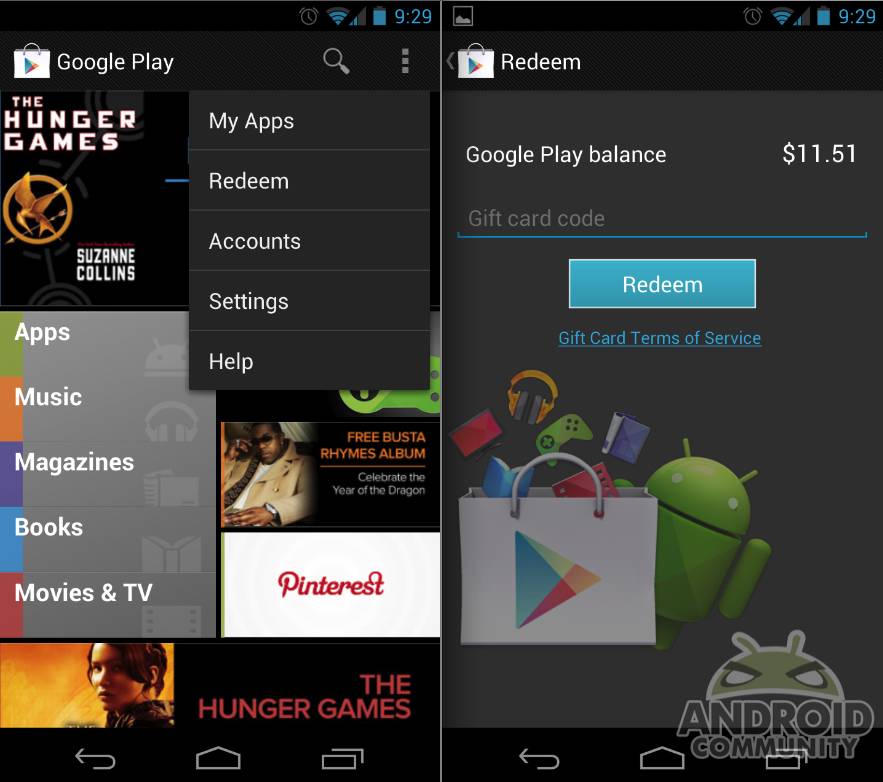 After getting a few tips that Google had finally pushed full support for gift cards to the Play Store this evening we gave it a try and sure enough the options are finally live. For those that were able to pick up a gift card to the Google Play Store last week at Target or other locations the “Redeem” option is available starting today.

Last week Google updated the Play Store and hidden underneath the pretty icons and design was full support for gift cards — something that has been seriously missing on Android for far too long. Then late last week they finally started appearing at retailers nationwide. This morning Google officially rolled them out, and confirmed $10, $15, $25, and $50 options available.

As you can see from my own screenshot above they’ve pushed full support to the store. I’m showing the redeem option on multiple phones as we speak. This is happening with no tweaking or hacking like reported last week, and just works. Most likely Google just had these options hidden and now it’s being pushed out in stages.

If you don’t have the “redeem” options quite yet but are running the latest Play Store version 3.8.16 (or .17) it should be arriving shortly. Just like changes to the Store in the past it is all server side and Google is probably rolling this out in stages. If you want to give it a try feel free to run down to the nearest Target tomorrow and buy a few gift cards, then enjoy some purchases on the Play Store. If you aren’t on the latest Play Store thanks to OMGDroid you can download it now from the link below.