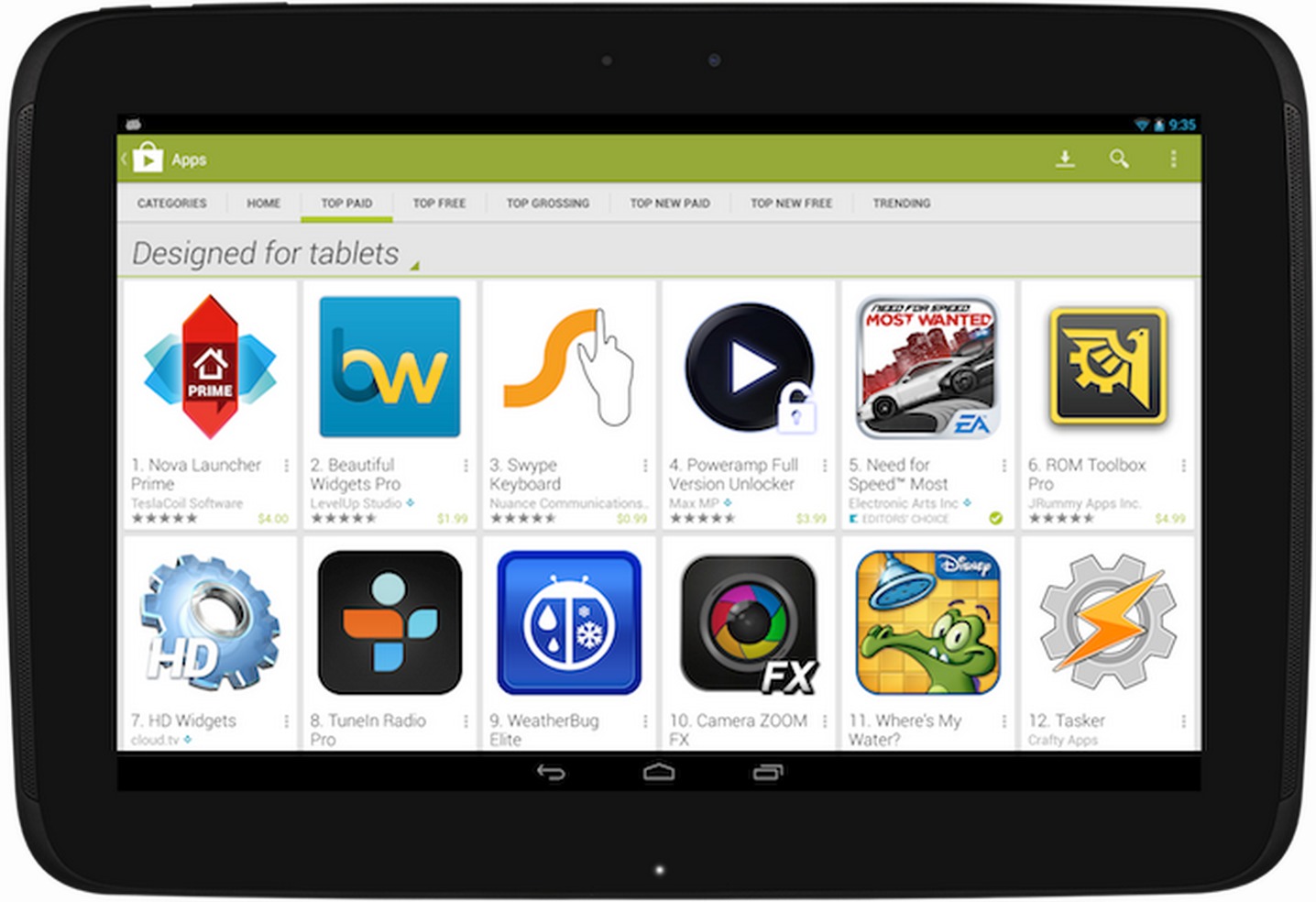 Google has been trying to get app developers focused on Android tablets for some time. By asking them time and again to design their apps to look good on tablets as well as phones, Google is trying to get them to understand the importance of the platform. Starting on November 21st, they’re getting a bit heavy-handed about it.


Starting on that day, users who log into the Play Store from a tablet will be automatically directed to the “Designed for Tablets” section. Furthermore, there will now be a “Designed for Phones” section, so users can see that the developer has not run their app through the tablet optimization guidelines Google asks them to.

In a blog post via the Android Developers site, Google notes there have been over 70 million Android tablets activated, and that “over half” of new tablet sales are Android. Though they have been gently nudging developers to think of Android tablets when designing an app, Google now seems a bit displeased with what they’re seeing, and is taking steps to fix a perceived problem.

Developers have plenty of time to run their app through the tablet optimization guidelines, so there’s no need to panic. Many apps “designed for phones” also look fine on tablets, but Google seems to be taking a page from the Apple book and making sure tablet design is a step in the process, not an afterthought.