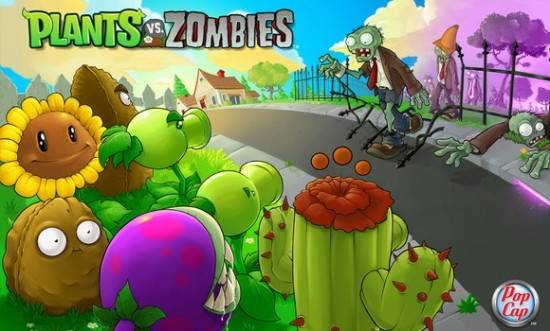 PopCap games is a name you have probably heard before. They make games for Playstation, Xbox, iOS and Android. The highly popular Plants vs Zombies has been a game Android users have been wanting for a long time, and today we got a little clarification as to when it is coming, that being “soon”. @PopCap_Games tweeted today that they plan to release it the first half of 2011. So within the next two months.

They have said that they are hard at work porting over the game to Android, and hopefully it comes sooner rather than later. Those Angry Birds we often talk about will finally have some real competition once Plants vs Zombies comes out. It is an extremely popular RTS game that plays great on our touchscreen devices.

For now all we know is that it is coming soon, probably in the next two months according to the tweet that is shown above. Back in January we mention that PvZ would be coming this summer, so it looks like that news was pretty accurate and their summer release might just work out just in time. Personally I can’t wait, I love the game.