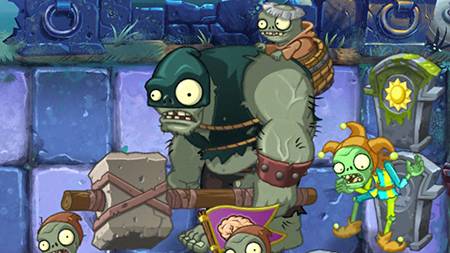 If you’re one of the thousands, nay millions, of mobile users who are still determined to protect their virtual houses from zombies by using plants, the latest update to the seminal game will surely make you even happier. Plants vs Zombies 2 adds even more levels, plants and zombie characters, in Part 2 of a medieval confrontation between the brain-sucking villains and the photosynthetic heroes.

The most recent update before this one was just last month and the rollout of even more content continues with the latest one. It releases Part 2 of the Dark Ages world and has 10 new levels to conquer. New “characters” are also introduced, with the addition of 2 new kinds of plants, a wizard zombie (can’t we have a Harry Potter zombie soon?) and a king zombie (but not the actual king of zombies).

There’s also a “fired-up” Zomboss (we’re assuming he is the one to whom all the other zombies report to) so it must mean he’s even hungrier for brains. There’s also an addition called Arthur’s Challenge (who knows there might be a plant Excalibur somewhere there) which will supposedly “test your mettle” in some way as you try to prevent the zombies from making a snack out of your brains. 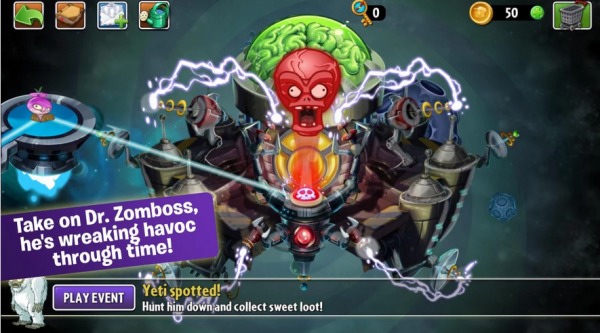 Plants vs Zombies 2 has gotten a lot of rave reviews since the environments and the new plants and zombies are much more “advanced” and varied than the original (which was already addictive enough). You can download it for free from the Google Play Store but be prepared to be tempted to splash out some cash (if you are weak when it comes to self-control) as there are some in-app purchases as well.