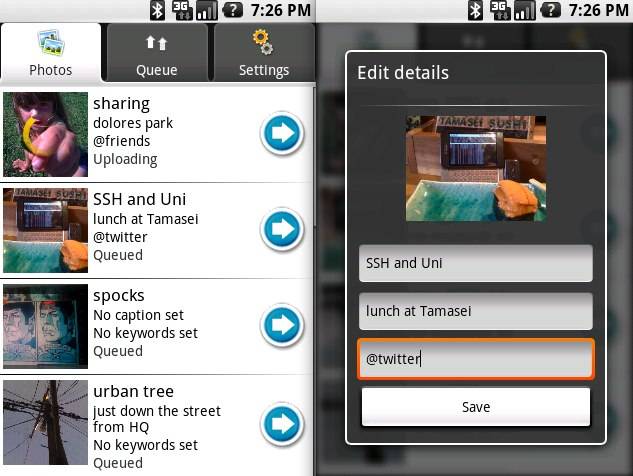 Pixelpipe has come to the rescue with an easy way to get photos off of your Android and out into the world. You can now upload photos to your favorite social network, micro-blog, photo/video and blog services then with Pixelpipe.