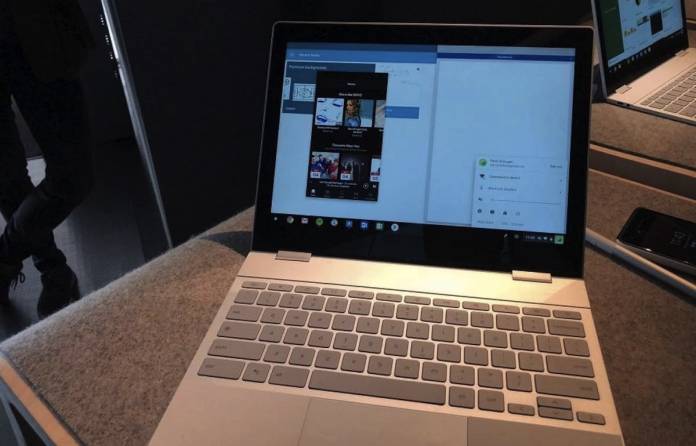 It’s been almost a year since Google launched the Pixel Slate. What we thought would be a new Pixelbook model turned out to be just the slate. This year, a new Pixelbook model is expected to arrive. It may not be the Pixelbook 2 but rather just Pixelbook Go. Hearing the ‘Go’ in the name made us think of Android Go initially but the device’s OS isn’t Android but rather Chrome OS. It still is mainly Chromebook but with support for Android.

Making the Pixelbook Go interesting is the classic feature of being a simple laptop. It’s not a slate that needs any keyboard attachment. It’s a real Chromebook-like device that is under the Pixel line.

Pixelbook Go is perfect for anyone who is always on-the-go. Business students and employees will find the Pixelbook Go ideal because it’s easy to carry. The standard clamshell form still never gets old.

Chrome OS may still have limits when it comes to mobile computing but it works. It’s really more portable but still remains sturdy and strong despite its lightweight.

There is no official information yet but the Pixelbook Go is said to come with a large 13.3-inch touch screen display, 16:9 aspect ratio, Full HD or 4K resolution, and a Molecular Display like with the Pixel Slate.

The 4K display option is available. You may also check out the possible specs of the device: 8GB or 16GB of RAM, Intel Core m3/i5/i7, and 64GB/128GB/256GB of storage. Choose from any of the possible tiers. The PixelBook Go is also said to arrive with powerful audio speakers, Titan C chip, WiFi/Bluetooth, and a 2MP selfie camera.

Google’s Pixelbook Go could be priced at around $799–same as with the Pixel Slate and Pixebook. The official launch will happen in New York City on October 15. Save the Date!