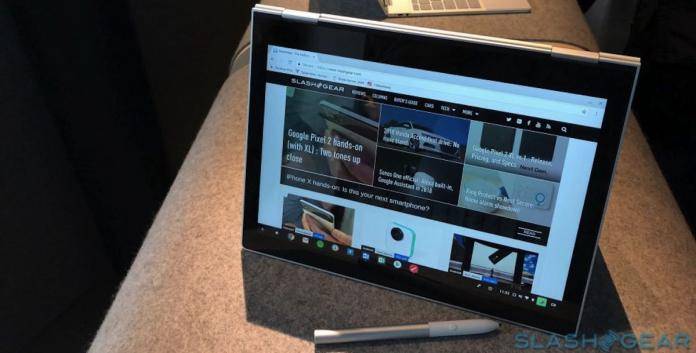 The next-gen Chromebooks may be more powerful than ever. Notebooks from other brands running different OS may also be better with major changes happening across the systems. Google has been working on a new project we only know as ‘Campfire’ which is said to deliver Windows 10 dual boot to Chromebooks. Nothing has been made official by either Google or Microsoft yet but we’ve been hearing the Pixebook would have Windows 10 capabilities. In a nutshell, this Campfire may be like Boot Camp from Apple–a feature that allows a device to run and boot another OS.

The Campfire project was sighted on the Chromium Git, showing us some evidence the tech giant is working on something that may improve Chromebooks. Not that Google doesn’t believe the Chrome OS is enough but it may be good to give the consumers more options. Some people may need Windows for work so why deprive them. Just give them the option to do more on their current Chromebooks.

Campfire aka Alt OS mode is being developed and tested by Chrome OS developers. This is the Microsoft Windows 10 according to a previous evidence as per XDA devs who saw the project.

We don’t think the Pixelbook will be the only device that will use Campfire. Other Chromebooks are expected to feature such in the future once the project is ready for public release. It may be a lot of work but it’s not impossible. It may be challenging at first but nothing a few tweaks here and there can’t fix.

Looking at the code, there are some mentions of campfire variants. Google could only be testing them but there is a possibility although that means more rounds of testing and configuration.

There may be some downsides. When Developer Mode is enabled in Chrome OS, it becomes less secure and may be more vulnerable to harm. Verified Boot is one feature that protects the device but with dual-booting, it would be disabled. There may be some way around the system since Google will be officially and directly supporting dual-boot.

Alt OS mode and Campfire may be released soon. We’re looking at October since the Pixel 3 and Pixel 3 XL will be announced then. A new Pixelbook may also be announced so let’s wait and see.