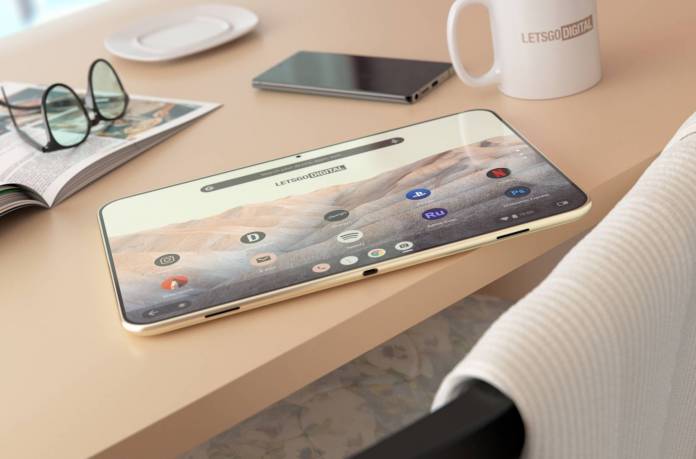 It’s been a while since we’ve seen an Android tablet from Google that can rival that of Apple’s iPad. And while there are other OEMs that are still creating pretty good tablets for the platform, it’s different if it’s from Google itself. Well, apparently there is a recently approved Google patent in Japan that shows the design for something everyone’s calling a “Pixel Tablet” for now. Now we’re seeing renders based on this patent and hopefully, the final product, if it does come to the market will look something like this.

Dutch language website LetsGoDigital partnered with graphic designer Giuseppe Spinelli to imagine what the Pixel Tablet will look like based on the patent. The 3D product renders show off thin bezels with rounded corners that look like what’s on most Android phones right now and it also has a hole-punch camera through the display. The tablet also has a quad-speaker sound system and USB connectivity but doesn’t seem to have a rear camera or a fingerprint sensor.

There is also a rectangular surface on the back as per the patent. The colors on the renders are inspired by the Google Pixel 6 smartphones as well as other elements on the smartphone. There are not a lot of details shown in the patent images though. So we don’t know specs of things like connections, buttons, and cameras. So the artist chose to base some of the elements on the current Pixel smartphones. 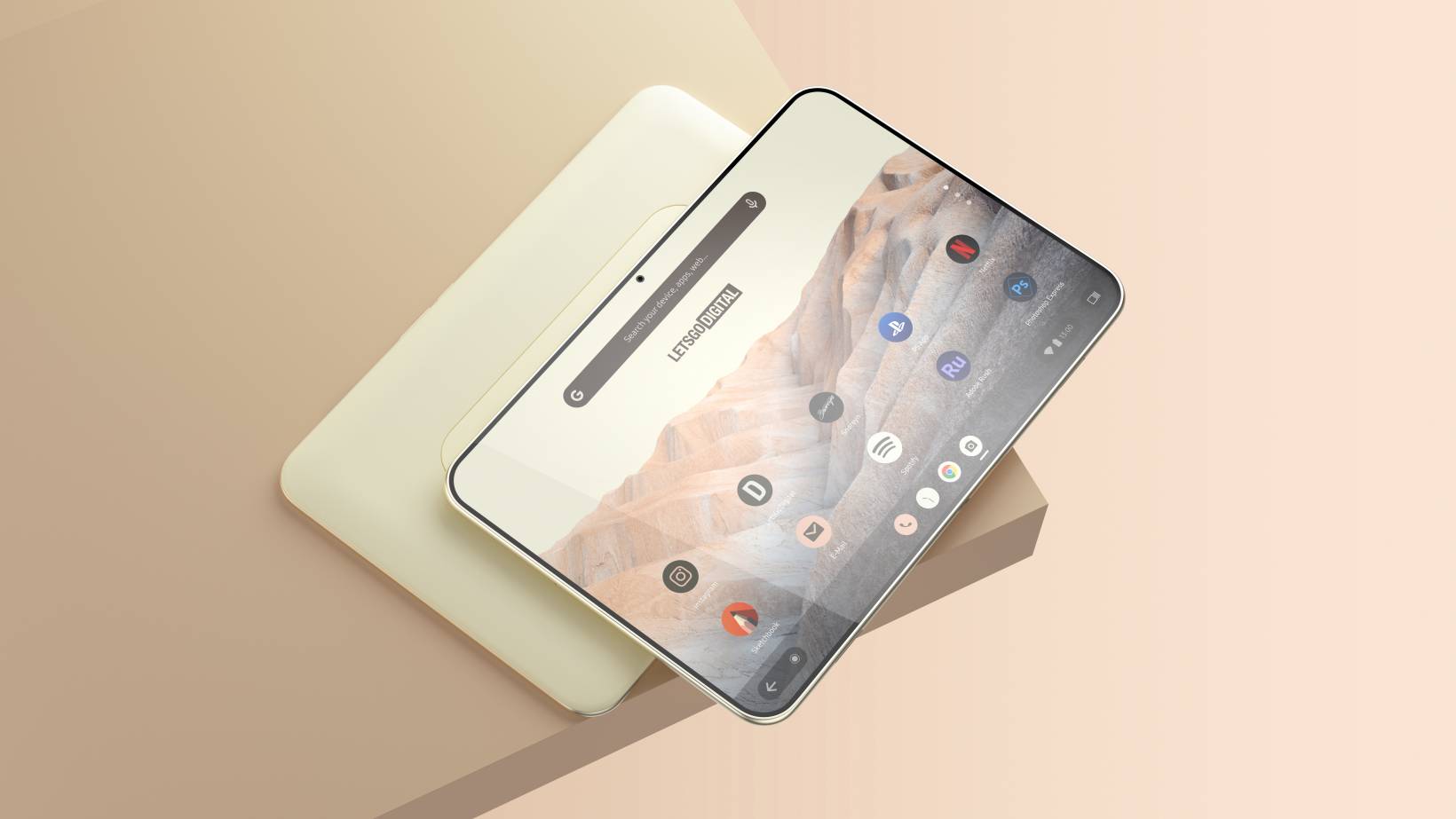 If we do get this tablet, it will most likely come out with Android 12 since the Pixel 6 series will run on this new OS when released this fall. There’s also the possibility of course that they will use Chrome OS like with the Pixel Slate, the last tablet released by Google. The patent was actually filed back in 2019 but was only recently granted so we don’t know if this is still part of Google’s device roadmap for the next year or so.

With the advent of foldable devices now that look more like tablets than smartphones, do we still even need a Pixel tablet ? In any case, not all patents become commercial products anyway so we’ll just have to wait and see what are Google’s plans for Android tablets.