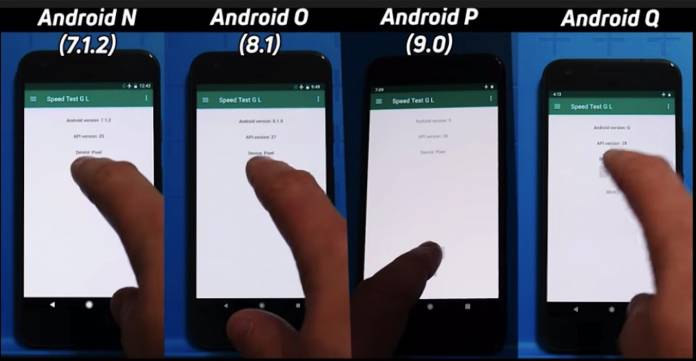 What to do when you still have a Pixel 1 that can still be rooted and hacked? Try to run a different version of Android on the phone. In this Speed Test, you will see the original Pixel phone running on Android 7.1.2 Nougat, Android 8.1 Oreo, Android 9.0 Pie, and the new Android Q. We still don’t know the Android Q dessert but the Beta version is now available. The YouTuber has compared the Pixel 1 running different versions of the OS.

This isn’t the first time Gary Explains did a Speed Test video. He has done a few already but this one here is more interesting.

At first, we were expecting the latest Android version would be the fastest but it’s not the case. It was in the beginning but Android Nougat and Android Oreo soon caught up with Android Q.

We’re assuming the main reason for speed or slowdown is the hardware. The first-gen Pixel no longer appears to perform well with the latest Android version for obvious reasons: the hardware can’t handle the requirements of the platform and it’s really just outdated.

See the results below: 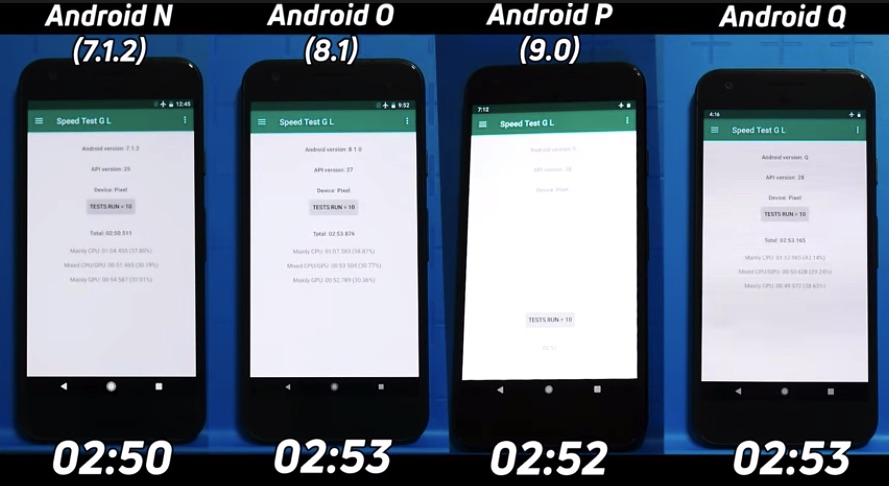