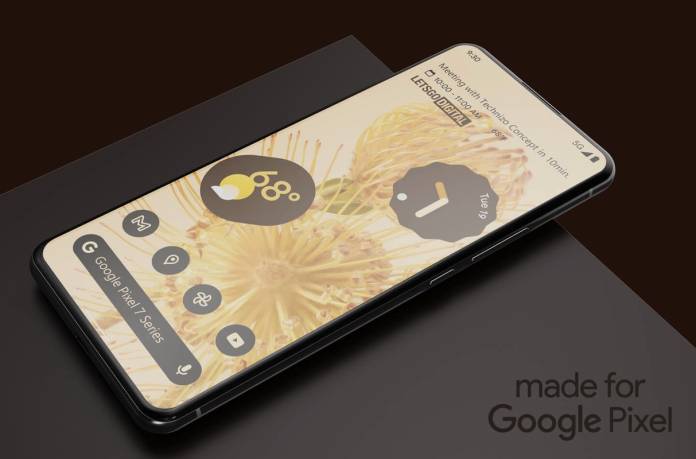 Google wants to start the year right by working early on its next-gen Pixel phone. Nothing is official yet but the tech giant is said to have filed a patent for a new flagship as a follow-up to the Pixel 6 and Pixel 6 Pro. The current models have become a favorite topic lately because of several issues. We’re hoping no new issues or problems will surface. It’s never too early to imagine future phones especially if they are from top brands like Google.

People will always be interested in the Pixel line because it’s from Google. The Pixel phones don’t always arrive perfect, with all the problems that show up, but they tell us what to expect from other OEMs. Because the current Pixel runs on the latest Android OS version, we are given hints as to what other phones may feature.

Through the years, Google has released Pixel phones with innovative features and designs. The last series arrived with a new camera design. The next one may come with an under-display camera as per a source. This means there will be no more punch-hole cutout for the selfie camera.

It’s not exactly revolutionary as others have already introduced phones with such under-screen cameras. It will just be the first for Google. A related patent has been filed with the United States Patent and Trademark Office (USPTO). The device is tagged as ‘Display configuration for mobile computing devices’. Patent was filed on August 31, 2021 and was published December 16, 2021.

The file tells us the need for a bigger screen area but without having to increase the size of the device. This requires the selfie camera to be underneath, thus, the idea of an under panel camera.

Before Google, we have seen other phones with this technology. We remember the Samsung Galaxy Z Fold 3, Xiaomi Mi Mix 4, and the ZTE Axon 30. It’s time the tech giant comes up with something on its own and implement this advanced technology. You can’t say it’s not really important as it may compromise image quality but there have been improvements since the ZTE Axon 30.

A similar patent surfaced before but that one featured sub-display and a prism. The new design is believed to be more cost-effective. There is no confirmation but it appears to be an an emissive display. The camera part is non-emmisive so light can reach the camera.

The position of the selfie is in the top right of the display. There may be one or more camera sensors under the OLED screen. With more light coming in, the expecation is the image will be better. At the moment, there is no mention of Face Unlock but it shouldn’t be a problem.