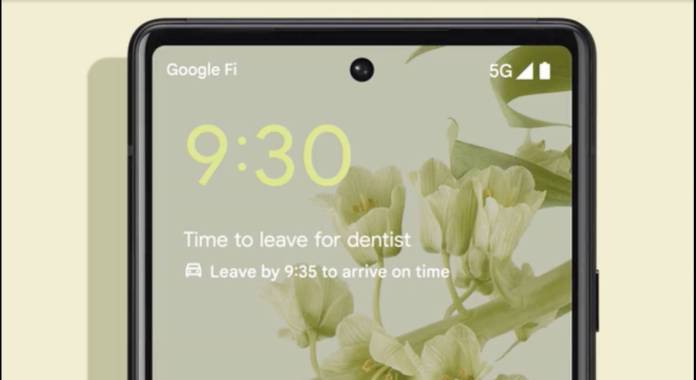 Aside from unveiling the new Pixel smartphones, Google also announced several new features that owners of the Pixel 6 and the Pixel 6 Pro will get to enjoy ahead of everyone else. They are bringing “Quick phrases” to the smartphone so you can use some of the Google Assistant features without saying the trigger phrase “Hey Google”. The At a Glance home/lock screen widget on Android 12 has been revamped so it can be more useful if in ambient mode.

Google Nest speakers and displays are already able to listen to some commands for Google Assistant without you having to say “Hey Google” or “Ok Google” first. Now for the first time, smartphones will be able to do so as well through the Quick Phrases feature exclusive to the Pixel 6 devices. This is something that will probably eventually roll out to older Pixel devices and maybe even other Android phones later on.

For now, the phrases that Google Assistant can watch out for are pretty limited to simple commands, as per 9 to 5 Google. You can say “stop” when a timer goes off or “snooze” when your alarm sounds and you want a few more minutes of sleep. If there’s an incoming call, you can say either “answer” or “decline”. Hopefully they add more quick phrases later on but at launch, these seem pretty useful if you can’t be bothered to hold your phone for these situations.

The At a Glance home/lock screen widget will also get a new look for the Pixel 6 devices. Aside from the time, date, and weather, the widget can pull information from your calendar like travel plans, reminders from your Assistant, and other important information that you would like to see when your phone is on lock screen or as an ambient design. This is part of Android 12 so we might eventually see it in other Android devices as well.

Expect more improvements to Google Assistant for the rest of the year. We’re expecting major things coming to Gboard and the Google Phone app. These will of course be available for the Pixel 6 and Pixel 6 Pro devices first.