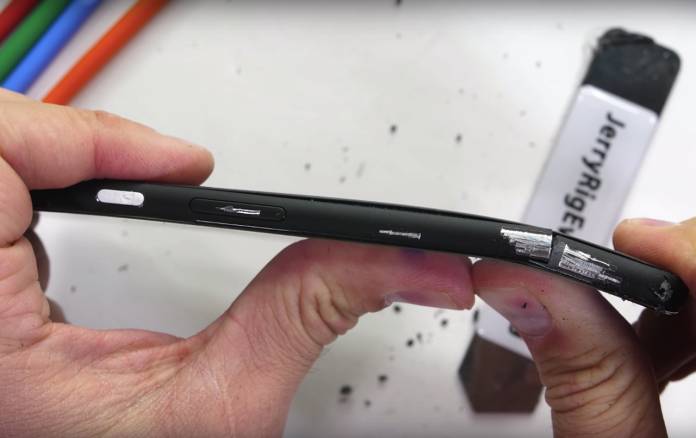 We’ve only been waiting for this: the Google Pixel 4 Durability Test. It took Zack Nelson a while to check on the smartphone but that’s fine. The results are in and we can’t say we’re that happy. The Pixel 4 and Pixel 4 XL are the latest flagship smartphones from the tech giant. They come with some nice new features but lack those the market deems important. For a 2019 flagship offering, the Pixel 4 line isn’t as modern as the premium flagships or even mid-rangers from other markets.

The Pixel line is supposed to be the ultimate Android phone. Well, that’s what we’ve been thinking the past few years since Google knows the mobile platform best. A Pixel phone must embody what everything is best about Android. Unfortunately, it’s not the case.

Google hasn’t made any big changes in the design. Last year’s notch has been removed this year, resulting in an obvious top bezel. It’s for a good cause because the selfie camera is still there.

The unique camera module we’ve been mentioning before the official launch became a reality. However, it was quickly overshadowed when the Apple 11 Pro was revealed bearing the same design. The device doesn’t have a microSD card slot and no headphone jack. There are only two cameras when top OEMs today have been pushing for three, four, and even five.

The Google Pixel 4 XL has been scratched, burned, and bent. The usual scratch test reveals the display scratches at level 6 with deeper grooves at level 7. The black paint of the casing seems to be thick but can easily chip.

Putting the screen under the light doesn’t do anything. What’s disappointing is that the phone bends a little when forced from the front. Doing it from the back doesn’t do any damage but doing so from the screen especially breaks in the part of the camera.

This shouldn’t happen to a phone that expensive. At $899, the Pixel XL may not be worth it if durability is a major requirement. If you already have the phone, we highly recommend getting a rugged phone case.