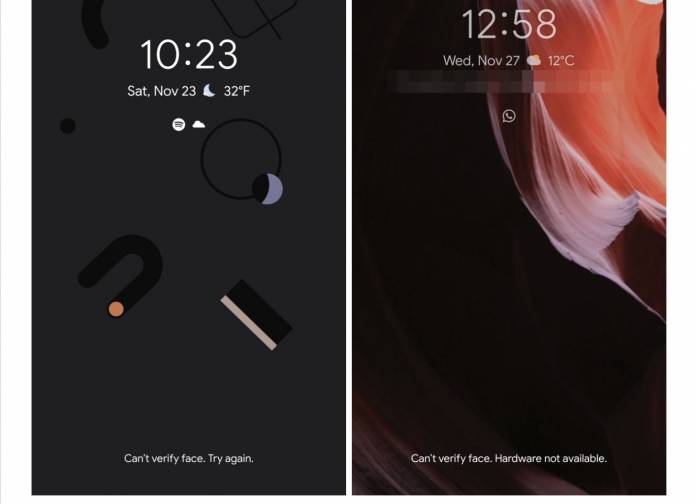 It looks like not all updates or patches are bringing good things to smartphones. Some are suspecting that the latest monthly security updates are to blame for the face unlock problems that some users are experiencing with their Google Pixel 4. While the problem isn’t as widespread so as to cause major problems for the OEM, it is of course highly annoying and inconvenient for those that cannot use the feature especially since it’s one of the things that Google was hyping about their newest flagship device.

As per Android Police, users started posting about the face unlock problem around November in Pixel support forums, Reddit, and XDA forums. There were two different kinds of error messages they were receiving when they tried to use face unlock: “Can’t verify face. Hardware not available” and “Can’t verify face. Try again.” Some started receiving the errors after the security update while for some, there were no triggering actions.

Some have deleted and then re-added their face data as the instruction after the error says they need to re-enroll it. But while it did work for some, there are still instances where even that did not work. Some have been unable to delete the stored face data in their settings. There are also those that resorted to doing a factory reset and it still did not fix the problem for some of those that tried the drastic action.

Google has said they are aware of the problem and are looking into it. But since it’s not that widespread of an issue, we might not get any immediate answers or fix from them. The only way to deal with it is to go back to using a PIN, pattern, or password for security measures, since the Pixel 4 doesn’t have a fingerprint sensor as well. It can be annoying if you’re used to face unlock but you will have no choice until Google is able to resolve it.

If you haven’t tried the factory reset solution, you can always just go ahead and do it after you’ve backed up all your data. Be warned though that it’s not working for everyone, but at least you tried.