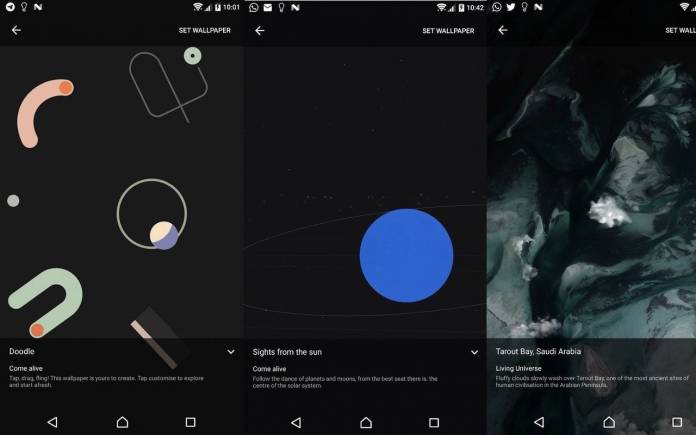 The Pixel 4 will be announced this October. We probably know everything there is to know about the Pixel 4 and Pixel 4 XL but of course, we also know anything can happen. Google can still make changes at the last minute. But then again, the tech giant has been generous the past few months, leaking information and images here and there that we don’t have to scour the Internet for related stuff. Before the big announcement, we’ve discovered a number of things that will be available on the new Pixel 4 phones.

These features will also be coming to other Pixel models. Let’s start with the Pixel Launcher. The app will be updated with a number of new features and enhancements. It will mainly be similar to the version on the Pixel 3 and Pixel 2 but it will come with a new feature.

The Pixel Launcher brings support for swiping part on any part of the current screen. This pulls down the notification shade. It’s basically the same as those found on the Nova Launcher and other similar app launchers. Google adding it to its stock launcher is important.

As long as the Android 10 OS is installed on your Pixel phone (any model), the Pixel Launcher will immediately be supported and upgraded. It will be updated to the latest version. Not all devices running on Android 10 will get the Pixel Launcher though. This will not run on a OnePlus 7 Pro and Essential Phone.

Live wallpapers for the Pixel 4 are available. They are not official releases yet from the search giant but a genius dev. They been ported from the Pixel 4 XL so other Pixel devices should also be able to run them.

Another interesting feature of the Pixel 4 is a new voice recorder app you can download from APK Mirror. We’re assuming this will be ready on the Play Store soon. The Pixel 4 will have the same video recorder app. It will boast a clean interface, ad-free experience, and Android 10 dark theme.