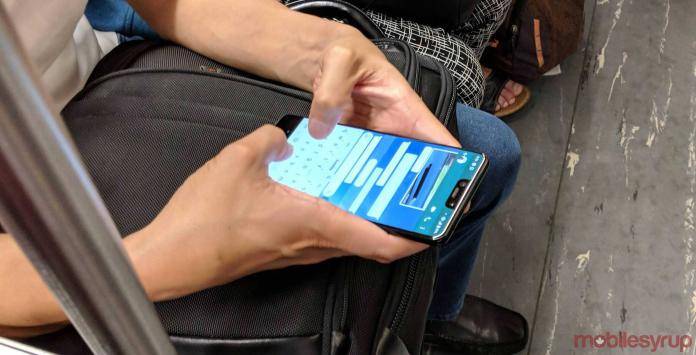 If you are tasked to test an unreleased product “in the wild”, would you bring it out in the open where anyone with a discerning eye can pick out this device out of a crowd (and take pictures as “evidence”)? Well, it’s either this person has not been briefed to be more careful or this is a carefully orchestrated “leak”, but it seems like the Pixel 3 XL has once again been spotted in the Toronto Subway and it might be the same person as the previous leak as well.

A reader sent in some photos to Mobile Syrup showing an unidentified man, who some are assuming to be the same man spotted with the unreleased device, using what may very well be the Pixel 3 XL. He was using WhatsApp, like with the previous “leak” and he was riding the TTC Subway as well. Regardless if it was the same guy, the interesting thing here is that the device he was using seems to match the previous rumors about the upcoming bigger version of the Google flagship.

Based on the pictures sent to the site, you have a deep and obvious notch in the front and it has two cameras and a speaker grill. This means we might really see a dual front-facing camera for the Pixel 3 XL instead of the now usual dual rear camera. We also see what looks like a down arrow at the bottom left of the screen, and we assume that there is an up arrow on the other side which is being obscured by the user’s hands.

The “stalker”, we mean leaker, was also able to get a photo of the back of the device although the details are a bit hard to see. There seems to only be one camera lens but the hand might be hiding the other one. The black glass seems to be curving down into the grey material that’s covering the bottom half (or 3/4) of the device. 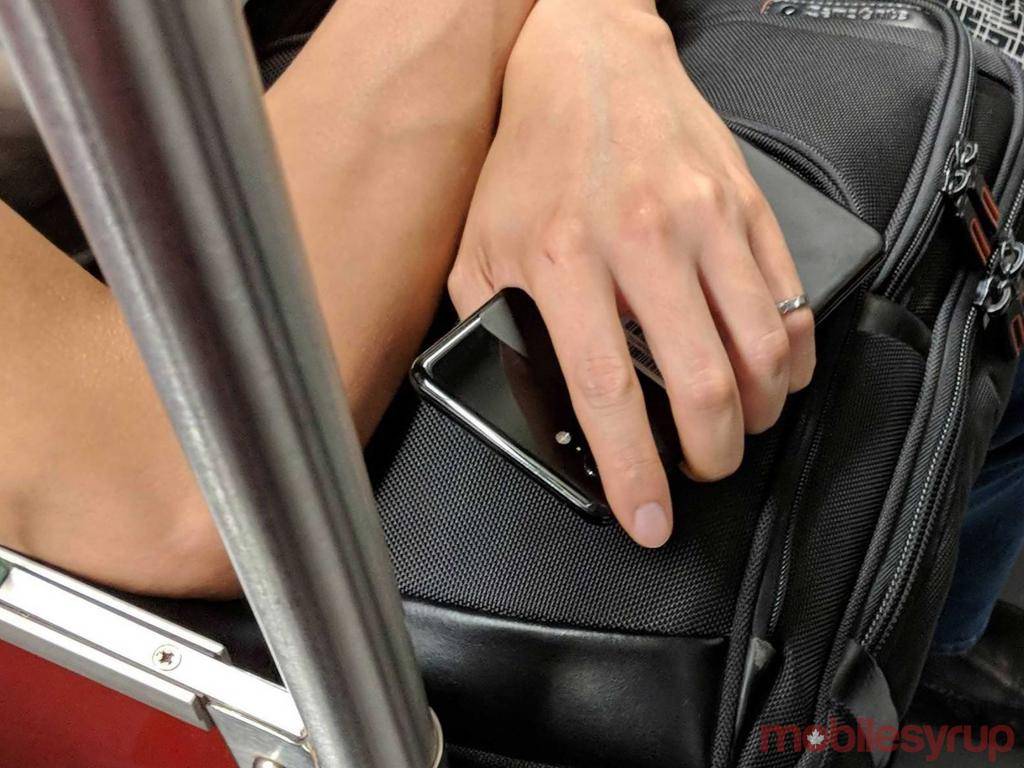 If Google follows its pattern, the Pixel 3 and the Pixel 3 XL will be announced on October 4, 2018. We still have more than a month to go so we’re hoping someone else gets to ride with this mystery Pixel 3 XL user so we can see more of the device.