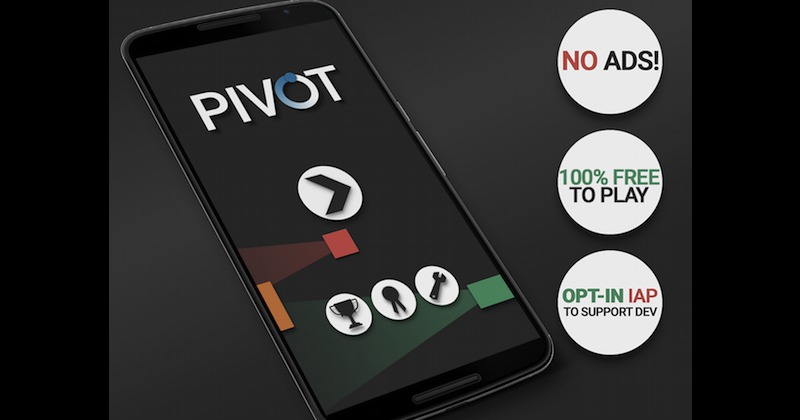 The trend in mobile game development is to make the challenges out of this world, characters (both heroes and villains) look awesome and more powerful, all while still making gameplay and control more intuitive and the app a possible moneymaker with in-app purchases or banner ads. The key here is to make a smart game that might make the developer rich, if not, inspire others to make similar addicting games.

Mobile games are becoming more challenging now but this PIVOT game is minimalist. It’s still challenging being an infinite one touch arcade game that honestly, reminds me a lot of the infamous Snake game on old Nokia feature phones. Game is free for download and offers no in-app purchases. Believe it or not, there are no annoying ads either. (Hooray!)

Objective of the PIVOT game is for the player to touch screen and make the circle pivot in the opposite direction. Move the circle to collect the points and avoid flying obstacles or walls that may come your way. Making this easy to play are simple one touch controls. Challenge yourself by trying to beat the Google Play Games Achievements and playing your way on top of the Google Play Games Leader board.

PIVOT game has been optimized for various Android smartphones and tablets. Oh wait, there’s just one optional in-app purchase you can see and that is to support the developer NVS.