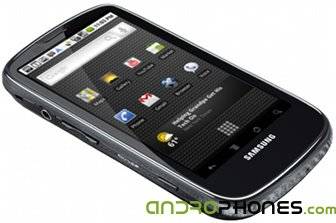 Here we go, another day another leaked picture of an upcoming Android phone. This is almost becoming a daily occurrence around these parts. This time it comes in the form of the follow up to the Samsung Galaxy, the Galaxy 2 enters the area.

Let’s all hope that the specs of this device turns out to be true Samsung will add another beast of a phone to the Android lineup of already a strong group of phones releasing this year. It is outfitted with a 1GHZ Snapdragon, yes folks this is another Snapdragon will be in the lineup. And if you take into account that Samsung has the ability to tweak CPU’s and storage this could turn out to be a really interesting phone. Here is some of the suspected specs.
– 1 GHz Snapdragon
– 3.7 inch AMOLED touch screen
– 5 MP camera
– 32 GB internal memory
– Android 2.1
– 3.5 mm jack
– and of course all the other goodies that make a decent smart phone, like GPS, Wi-Fi and such.