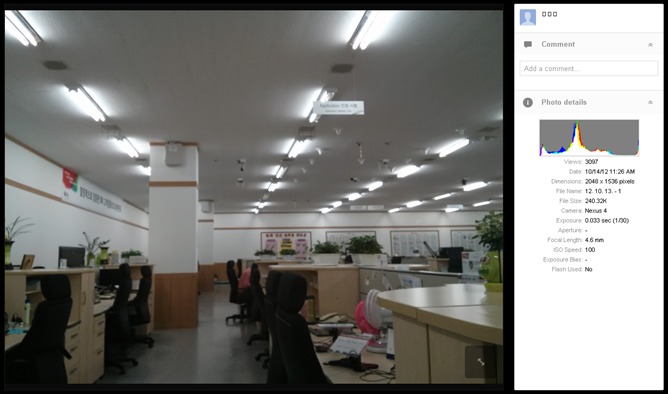 At this point, we can be pretty confident that Google is planning to reveal a brand new Nexus phone that’s made by LG, but just in case you needed more evidence, it seems that a couple Google and LG employees are more than happy to oblige. Over the weekend, Jason Parks, a Google employee, and Bae Sang-Hoon of LG’s Pyeongtaek Learning Center posted a handful of images to their Google Plus profiles (note: Sang-Hoon has since taken down his pictures). The images themselves are unremarkable, but the EXIF data for the snapshots gives away one particularly juicy detail.

According to the EXIF data, these images were taken with the camera on the Nexus 4. Not only does that tidbit of information indicate that the next Nexus phone is indeed about to be announced, but it basically confirms the name of the device too. It’s possible that “Nexus 4” is just a work-in-progress codename for the new Nexus phone, but when the device appeared in Carphone Warehouse’s inventory last week, it was also called the Nexus 4.

So, ladies and gentlemen, it appears that “Nexus 4” is the name of this incoming device. Of course, we’re not willing to say that’s a sure thing just yet, as we don’t have any official word from Google, but this is about as close as we can to get to actual confirmation without Google and LG saying anything. Now all we need is an announcement and we’ll be set. 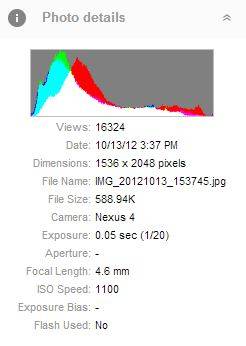 If the current rumors are to be believed, we won’t be waiting long for that announcement either. We’ve been hearing that Google will unveil the Nexus 4 (or whatever it will be officially called) on October 29, which is exactly two weeks away from today. Stay tuned, because if recent leaks are indication, the next two weeks should be quite interesting.