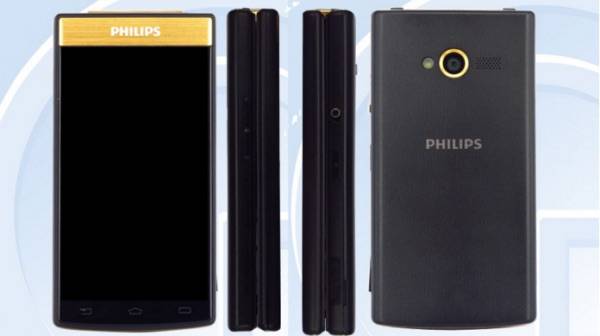 If you lived in the age of the clamshell phones, you probably miss actually having to flip one open and then flip it again to close it. Answering calls and hanging up on someone just by sliding your finger across the screen isn’t the same thing. There are other smaller OEMs and Samsung of course who are still producing these, but on a lower-end level and released only in China. But now Philips will be joining their ranks as their V800 clamshell device seems to have been certified at Chinese regulatory commission TENAA.

While Philips hasn’t officially announced the new smartphone, passing through TENAA means that we get several details about it. Of course since it’s a clamshell device, it will have two displays, internal and external, both at 3.7 inches and having a 720p HD resolution. It will run on a 1.5GHz quad-core processor and will have Android 5.1 Lollipop, and unfortunately not Marshmallow. It has a 2GB RAM and a 16GB internal memory which you can expand up to 64G through a microSD slot.

For this kind of device, it’s actually quite surprising that it has a 13MP rear camera with LED flash, autofocus, and full HD video recording. It even has a 5MP front facing camera for your video calls and of course, the selfies. It is 19.1mm thick and weighs 206g which sounds about right for a clamshell device. 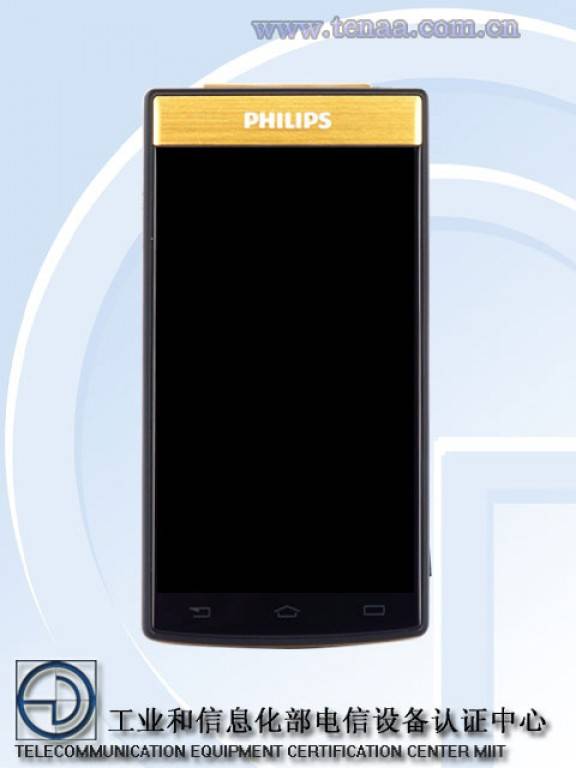 There is no news yet about pricing and availability and if this will go beyond the Far East. But since it has passed through TENAA already, it probably means that it will be announced in the next few weeks.