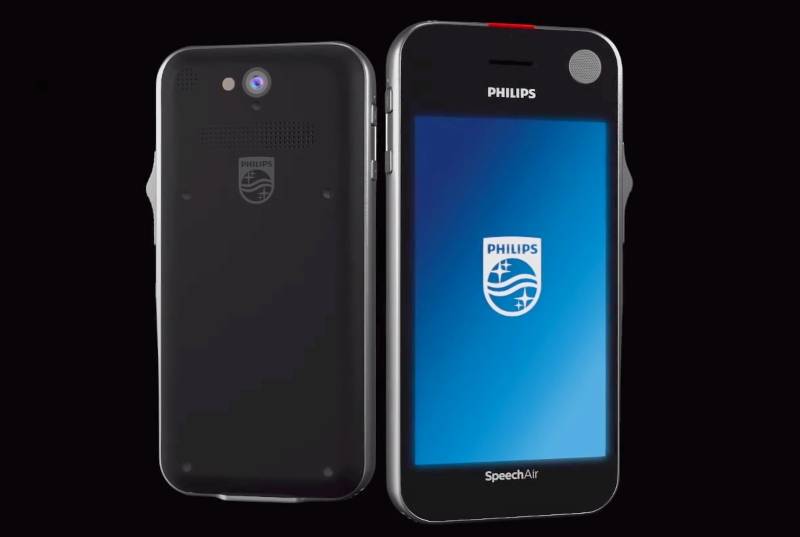 While there are several apps out there that you can use to capture audio and even your smartphone has a built-in facility to do that as well, if you like to record dictation the “old school” way, then you’re probably looking for a digital voice recorder. Enter the Philips SpeechAir, which claims to be the first smart voice recorder with its Wi-Fi ready connectivity, a touch-screen display, an integrated camera, and even the ability to scan barcodes.

SpeechAir does the usual recording stuff of course, but since it is smart after all, does a little bit more than just that. It can take pictures while you’re recording, in case you need a visual image to go with your audio. It can also scan barcodes which will come in handy for health professionals and maybe even those doing inventory. Oh, and the recordings are encrypted as well, since that seems to be a pretty big deal nowadays.

Using it seems pretty straightforward. You record your voice, whether it’s for work, for your patients if you’re a doctor or medical professional, or a writer who prefers to record rather than type. Then you can choose to transcribe it through speech recognition (the fastest but most mistake riddled way), the SpeechLive transcription service (for an additional fee of course), or let your assistant be the one to transcribe it (if you have one).

Philips SpeechAir has 3 microphones, an ergonomic slide switch, a docking station for charging, an antimicrobial Gorilla Glass 4-inch protected display, and both WiFi and Bluetooth connectivity. It is powered by a dual-core Cortex-A9 processor, has 1GB of RAM and 16GB internal memory. Of course, you have a recorder app as well. They did not indicate how much it will cost though so let’s wait for further announcements.