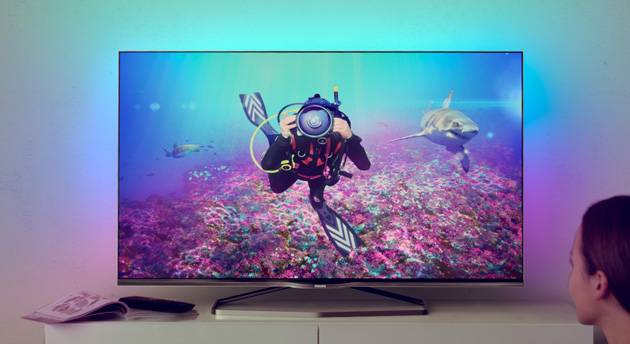 Google TV may have been set aside when the Chromecast came through, but Google’s TV ambitions are far from over. Philips has announced a few new televisions, powered by Android. The TV lineup, ranging in size from 48 to 55 inches, will run a slighty dated version of Android, and show up on store shelves in Europe (possibly) and Russia in Q2 2014.

The 8109 and 8209 will run Android 4.4.2 Jelly Bean, and come with Play Services integration. We’ll get the standard Google apps on board, but also have the ability to browse the Play Store as needed. Dropbox integration is also built in, so you’ll have the option of that or Google Drive right out of the box.

There isn’t a lot of storage built in (2.7GB), but several USB ports and WiFi for cloud storage should keep your files safely secured elsewhere. The TV’s are decent in their own right, offering a 1GHz refresh rate and broadcasting in full HD. Philips also notes an “upscaling” feature to display all content (like apps, we presume) in HD.

The Android TV sets are expected for Russia, but may not make their way to the UK. Philips hasn’t offered up any solid timeline for release outside of Russia, either. With Google making a big play for living room occupation, we’d like to think more TVs like these will come, Philips or not. Though they haven’t sworn Google TV off, there is increasing evidence it will simply slip into oblivion soon.