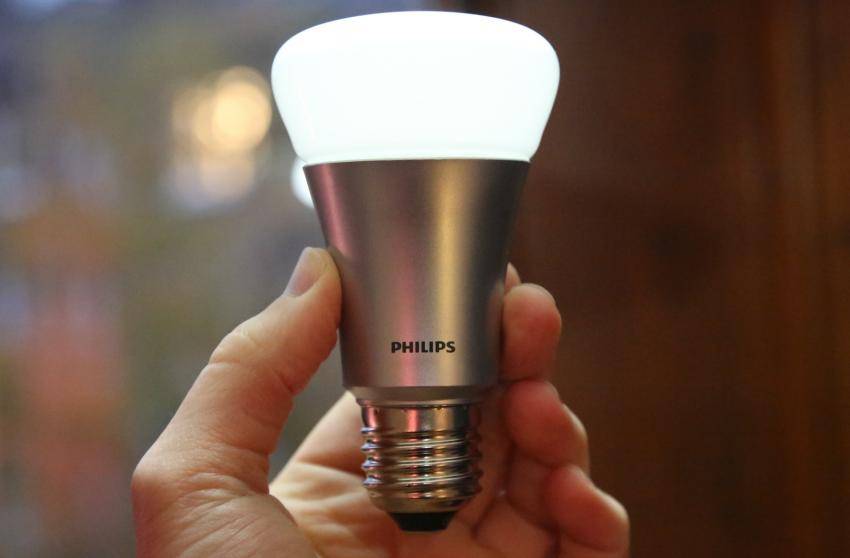 It seems that Apple has once again started a trend when it unveiled its iBeacon plans. Light and electronics maker Philips is now trying to get into the same arena but is offering what it believes to be a more convenient and probably less expensive solution using the materials it knows best: LED lights.

Both Apple’s iBeacon and Qualcomm‘s Gimbal rely on Bluetooth LE (Low Energy) to communicate with mobile devices. Philips’ Intelligent Lighting solution instead relies on a special type of light-based communication called, unsurprisingly, visual light communications or VLC. With VLC, LED lights flicker on and off at such a fast rate that it becomes unnoticeable by the human eye but can also be detected by the front-facing camera and used for data transfer or triggering, much like Bluetooth LE.

The rest of the system works pretty much similarly with other implementations and requires the appropriate smartphone app. Philips’ example, naturally, involves a retail scenario, this time inside a supermarket. A buyer walks into a store with a shopping list in a VLC-enabled supermarket app. The light system then communicates with the smartphone to indicate the user’s current location as well as those of the items on the list. It can even offer information like sales or suggestions on some items. 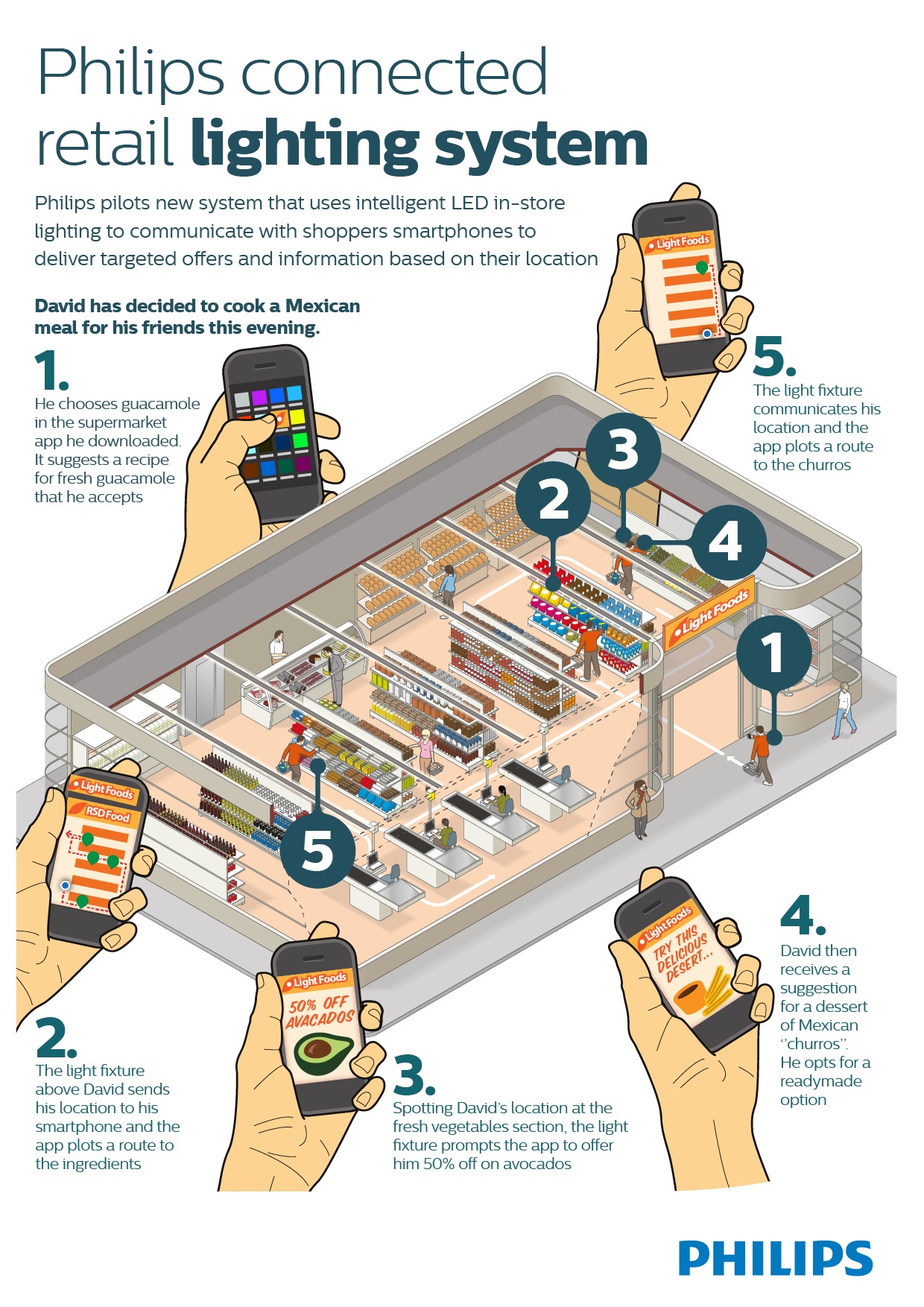 According to Philips, the advantage of its VLC-based Intelligent Lighting is that owners won’t need to set up special spots for beacons, since light fixtures are almost everywhere. That also gives it maximum coverage and can handle an almost unlimited number of users connected to the system. It does, however, require the smartphone’s front-facing camera to be within line of sight of the light and must have its own data connection. Given smartphone habits these days, those might not actually be much of a problem.