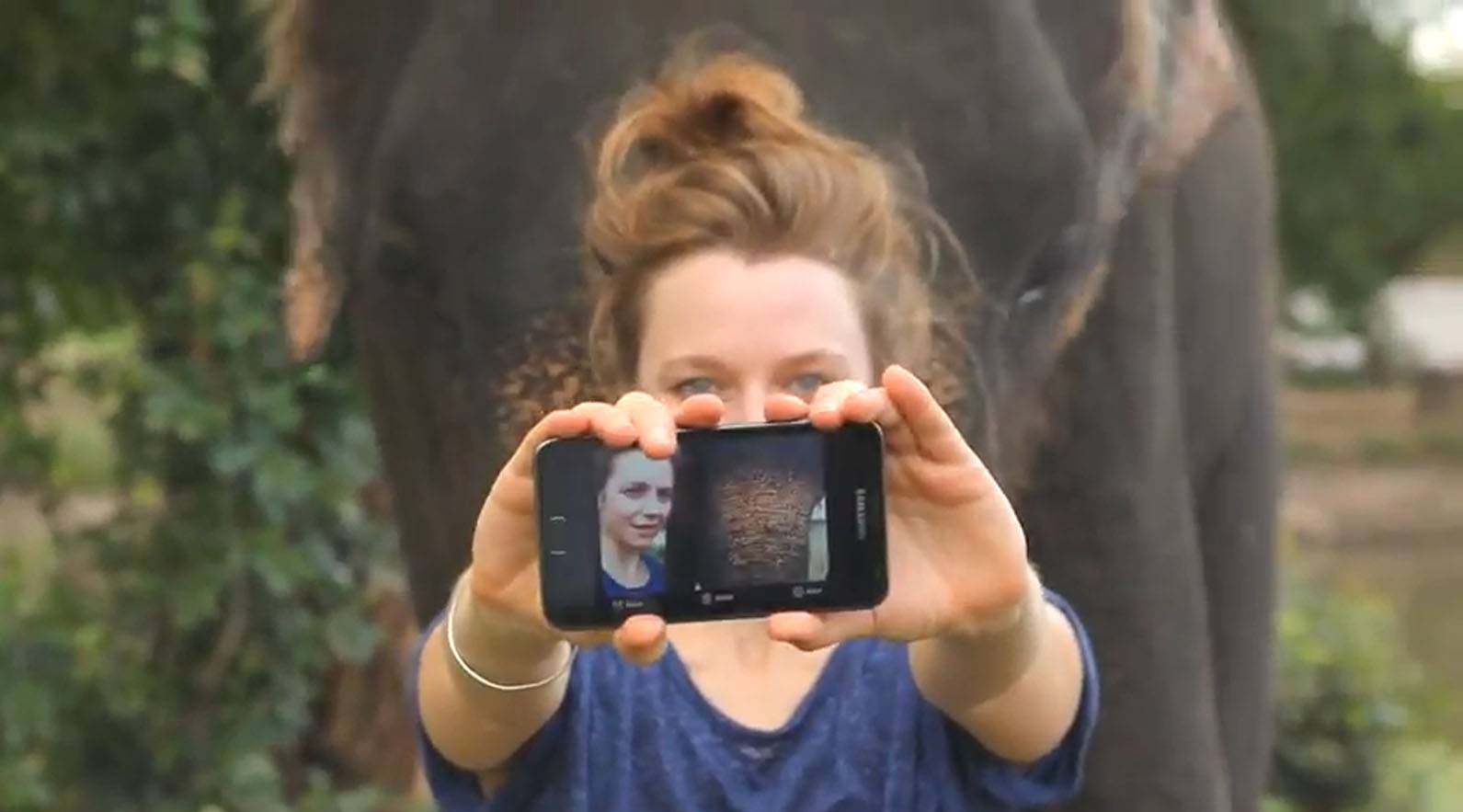 When Samsung introduced the Galaxy Note way back in September of 2011, a lot of consumers dismissed it, saying that it was just too big for their hands. Samsung seems to have found at least one customer for whom small hands are definitely not a problem. Meet Peter the elephant, the latest and certainly greatest fan of Samsung’s phablet. This guy’s dexterous snozz might be a little much for more standard smartphones to handle, but Peter takes to music and photo apps on the Note like nobody’s business.

Elephants have finger-like lobes of muscle on the end of their trunks, filled with sensitive nerve endings. This enables them to make delicate movements that are astonishing for something so big. Peter (an Asian elephant – note the single lobe) demonstrates this on the Galaxy Note via its center button and doing a little doodling with the included S-Pen. He seems to pick up the ergonomics of smartphone use right away – check out the swipe action on that gallery app! The full ad is below.

Samsung’s probably not going to find too many buyers among the Proboscidea order, but they’ve managed to find plenty elsewhere: at last count, the Galaxy Note had shipped over 2 million units worldwide. And that was before it came to the American market, in an LTE flavor courtesy of AT&T. The Note runs Gingerbread out of the box, but Samsung is planning a protracted upgrade to ICS in the second quarter, complete with a few new S-Pen apps.