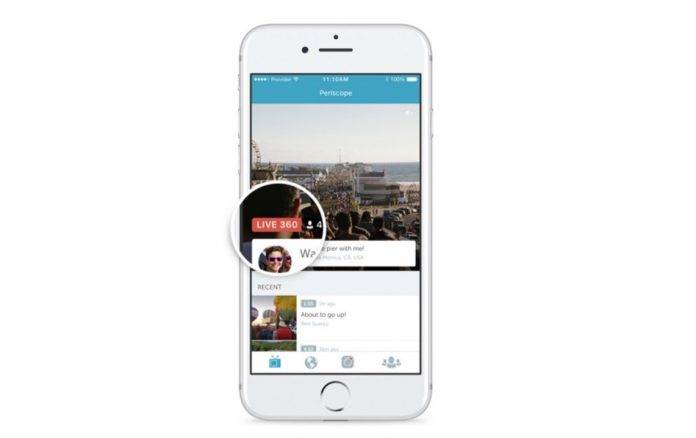 If Periscope is still your live broadcast platform of choice and you’re looking to experiment on your future streams, then you’re in luck. The Twitter-owned live video service has announced that they now have support for 360 degree videos, if you’re wielding the right camera that is. While they currently have direct support for only one kind of 360 camera, we can expect them to add more if the service gains more users and viewers with this update.

Live video broadcasts are becoming a huge hit both for producers and also viewers, and 360 degree videos will enhance the experience as you can look at anything that the camera captures in the event, venue, or whatever it is you’re broadcasting. And you as the one doing the live broadcast, you don’t have to move your camera around to capture a certain angle or view as your camera already does it for you.

Videos posted on Periscope that have this will have the “Live 360” badge so that users can identify them. In case it’s your first time to watch a 360-degree video, you will be able to look at the other angles simply by moving your phone around or tapping/scrolling on the screen. Broadcasters will be able to focus on the content of the video to bring the viewers a more immersive experience.

For now, the InstaAir 360 is already natively integrated with Android so all you need to do is attach the camera and you can already go live. If you’re using Periscope Producer, you can use two more cameras, the Ricoh Theta S or Orah 4i. Hopefully, more cameras will be added soon.