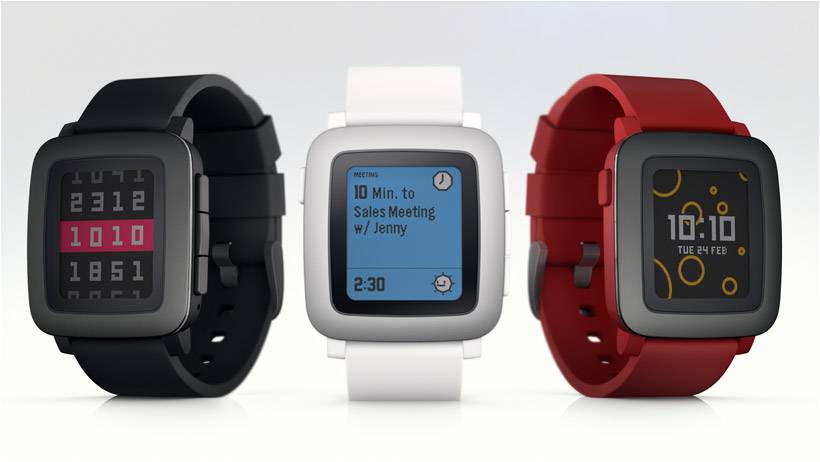 This screen uses new tech to allow the display to show some color without giving up battery life. Pebble says that the watch can run for 7 days per charge. One of the best things about the Pebble Time other than the color screen is that it has an integrated microphone that allows you to send voice replies to notifications and compose voice notes.

The new smartwatch is water resistant so users don’t have to take it off to shower or swim. Pebble Time is 20% thinner than the original Pebble watch and has a curved design to make it comfortable to wear on the wrist.

The watchband connects to the Time with a quick release making it easy to customize the band. Pebble Time works with Android or iOS devices and specifically supports all Android 4.0+ phones. Pebble Time also brings with it a new version of Pebble OS that lists notifications, weather, news, travel, and reminders chronologically. The watch is on Kickstarter in three colors for $159 with shipping set to begin in May. Normal retail price will be $199 when it hits retail later this year.