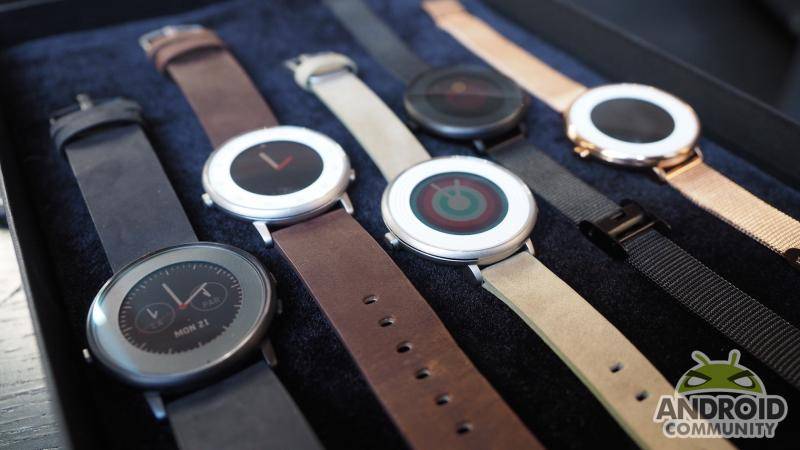 Round smartwatches are en vogue. It’s not hard to understand the appeal of a smart timepiece that resembles a classic non-smart timepiece. That is why almost anyone and everyone is making such a wearable these days. Now you can add Pebble to that list as well. But the Pebble Time Round isn’t your typical round smartwatch, just as the Pebble and Pebble Time weren’t your typical smartwatches either. Pebble’s take on the modern wearable is only 7.5 mm thin and less than inch across. And, of course, it still runs on e-ink paper display.

The Pebble Time Round is unconventional in many ways, aside from the EPD technology that is a staple of Pebble’s products. Unlike the previous two smartwatches, Pebble didn’t go to Kickstarter to fund this one. And it kept things tightly under wraps for the longest time. It is also probably one of the few circular e-ink displays in the market, much less colored ones. Then again, there’s probably very little need for such a kind of display anyway.

It’s hard to pin down the design of the Pebble Time Round, as it seems to be fluctuating between the fine line that divides luxury and practicality. Pebble’s smartwatches are durable and tough, but they aren’t the most elegant to look at save for the few steel-clad models. The circular round face of this new smartwatch lends a bit of class to the appearance, but only so barely. The body comes in two sizes, on that supports 14 mm straps and another for 20 mm. Lugs, however, are different, which means you have to make a decision right from the get go and be stuck with that for all time. Or at least until you get another Pebble Time Round of a different size. It does support Smartwatches too, so there’s a fair amount of expansion available. At least in theory. 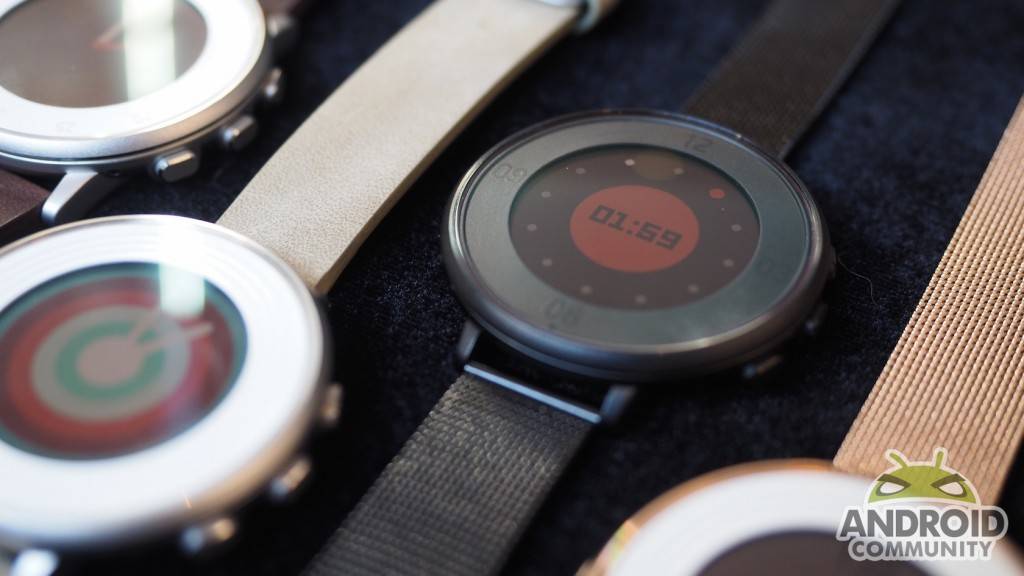 Personalization is a tricky matter on this Pebble. Aside from having to choose strap width, you also have to choose between black or silver bodies (and rose gold available only for the 14 mm variant). But between those you also have choices of bezel markings. Yes, there are different bezels available, some with numbers, others with notches. They aren’t interchangeable. And they are quite wide, taking up a good space of the face with no other function than to look pretty. 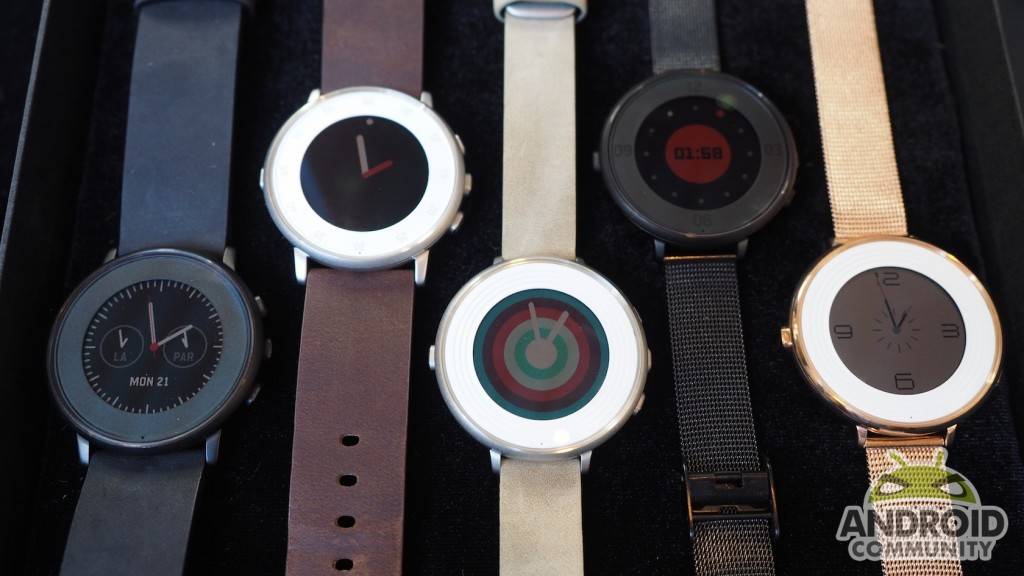 Inside, the Pebble Time Round is naturally different as well. For reasons we can only imagine, Pebble decided to go with a donut-shaped circuit board, with the empty space in the middle taken up by the battery. It’s a different design, needless to say, but it does have some disadvantages. In particular, Pebble had to compromise with a smaller battery, which naturally leads to shorter battery life. How short? The normal Pebble’s, even the colored ones, can last 7 to 10 days on a single charge. The Pebble Time Round? 48 hours max. That’s two days of “average” use. The silver lining here is that Pebble Time Round uses fast charging technology that juices up the smartwatch for another day’s worth of use with just 15 minutes of charging.

Any smartwatch worth its salt will need to have some non-trivial apps behind it. The Pebble Time Round is no different, of course. In fact, this new form factor makes app development all the more important. New face shape, new constraints to how apps present its data. However, according to Pebble founder Eric Migicovsky, that isn’t going to be that difficult. The latest Pebble OS was already designed with different screen sizes and shapes in mind. App developers will discover that they will need to only change a few lines of code to make their apps work well on the circular smartwatch. It also helps that Pebble’s main interaction controls are physical buttons, not beholden to touch screens that need to have special UIs to match the special shape. Those buttons still scroll through menus, but when scrolling through content, it goes page by page instead of line by line, an optimization, and compromise, that Pebble had to make due to the now variable shape of the screen. 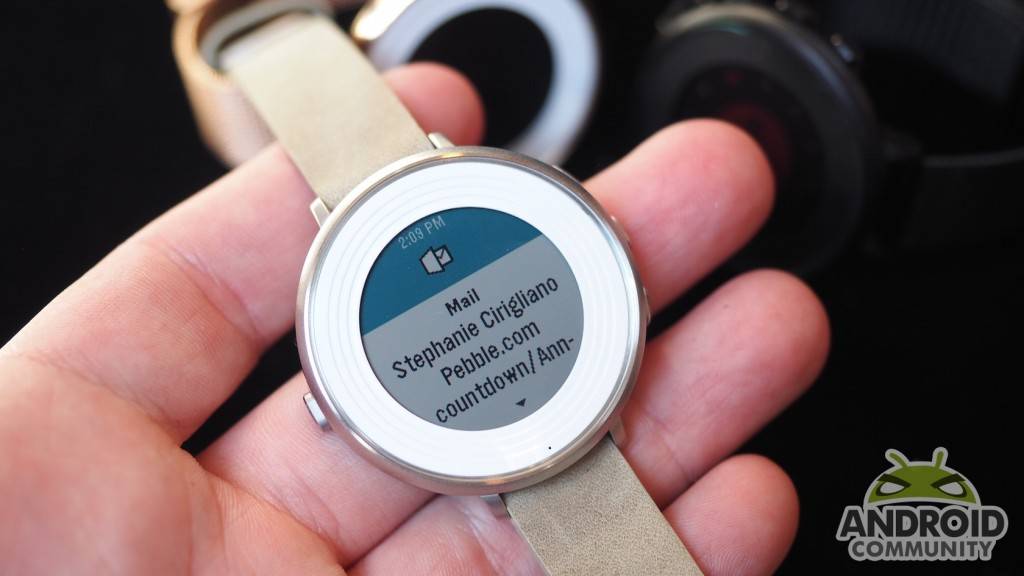 The Pebble Time Round will retail for $249. Together with the substantially shorter battery life, this might make this round e-ink smartwatch a tougher sell than the $199 colored Pebble Time or the $99 Pebble classic. There’s still time to think about it, though, as it won’t go on sale until November 8. Reservations do start today, though, and the SDK for developers will likewise be available today.