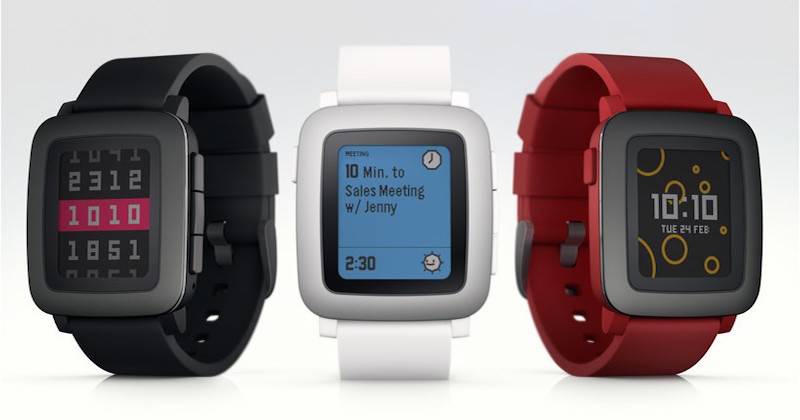 Pebble has set the stage for the smartwatch industry. The Pebble team has put into action ideas of a smartwatch that (admit it or not) Apple presented with an iPod Nano worn as a watch. Other manufacturers soon followed even supported by Google with the Android Wear. And then Apple officially entered the scene, only to leave the fan boys anticipating for a few long months. After a long time of waiting, the Cupertino company is finally releasing the actual Apple Watch on April 24 with a premium price tag.

Definitely, the Apple Watch will bring some changes to the smartwatch game but others are still not convinced that you need one. Even Pebble thinks that a wearable device shouldn’t be as complicated as what Apple and Samsung are doing to their smartwatches right now. According to Pebble’s spokesperson Monica Isla , competitors like the two tech giants “overthink what people are going to do with them”.

Timepieces are becoming too techy, adding more smartphone functionality when manufacturers should add something more original or stick to the basic “watch” function, after all, they are smartWATCHES. The Pebble spokesperson even added: “We don’t lose sight that it’s a watch. I think a lot of people lose the fact that it’s a watch. It’s not a phone. It’s not a gadget. It’s a watch and time is what matters to people.”

The Pebble team thinks highly of its smartwatch offering. Isla’s statements actually sound more like criticisms of the Apple Watch and the other models from different companies. She doesn’t understand what the bubbles of apps on the Apple watch face are. She says a smartphone is available so why bring more smartphone functions into a small screen. Map on a smartwatch? Isla thinks it’s unnecessary and is not going to happen.

Pebble is firm that it did not “go down that path” (not yet or maybe never will) and that it will remain as a start-up hit. “Wearable success” is for Pebble because they are doing well and they want to do it in an easy and simple format according to the spokesperson. She adds that they want to be relevant and that Pebble isn’t trying to be fashion accessory.

Pebble may have a lot of criticisms about the Apple Watch right now but the company believes it will “bring a huge amount of awareness about why you need a smartwatch.” We all know how Apple sets the trend and this Apple Watch is expected to be a game-changer.

Let’s see how the entrance of Apple Watch will impact the wearable arena when it arrives on April 24. Should Samsung, Pebble, and other companies brace themselves for its coming? We’ll see.