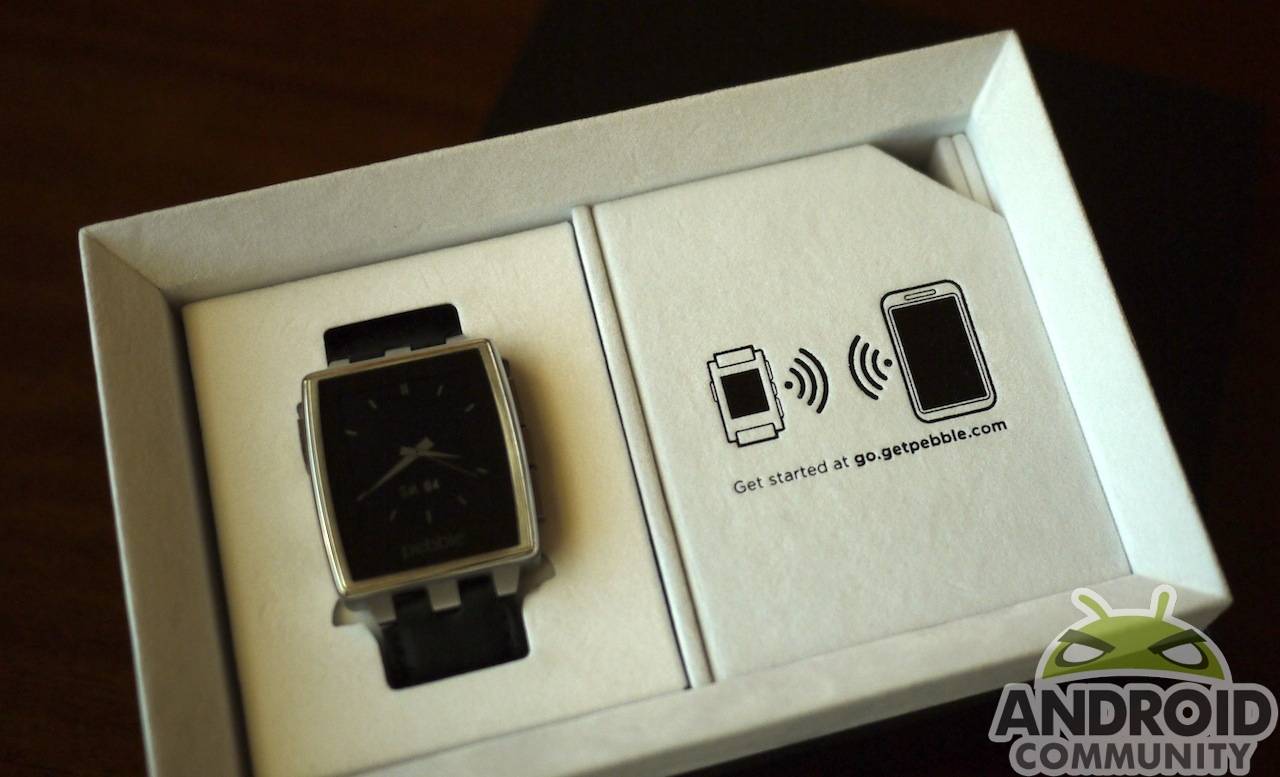 Pebble may have taken Kickstarter by storm with its eponymous smartwatch, but not everyone was convinced by the chunky plastic wearable. Now, addressing the complaints of those who might call the original Pebble plasticky or too casual, comes Pebble Steel, a metal-bodied version of the first smartwatch that slots into a premium position and broadens the company’s line-up into a range. $249 and shipping later this month, the Pebble Steel is an intriguing balance of compromise and design: we caught up with Pebble and CEO Eric Migicovsky at CES 2014 to find out more.

The first Pebble design, Migicovsky pointed out, is actually more than a year old. The project hit Kickstarter in early 2012, but the design itself had been settled on around six months before that. That, along with the fact that Pebble had seen repeated feedback that its plastic watch didn’t cut the muster among the collections of more regular timepiece wearers, left the company in a quandary about a redesign.

While the product might be relatively established – already on around 300,000 wrists – the ecosystem was just beginning to grow, as developers created apps for the platform using its new SDK. Meanwhile there was the notorious loyalty of Pebble early-adopters to consider: the company was clear, Migicovsky explained, that it couldn’t abandon either developers or users with whatever new hardware it came up with.

The result was a compromise of sorts: a refinement of the existing smartwatch but a design that, at its core, is the same as the plastic version. Pebble Steel has a slimmer, more aesthetically pleasing casing crafted from CNC’d stainless steel – either given a brushed or matte black finish, the latter using a physical vapor deposition process that apparently makes it extra scratch-resistant – but uses the same 1.26-inch monochrome e-paper display, the same processor architecture, and delivers the same 5-7 day battery life on a single charge.

What changes there are do culminate into a neat step forward, however. Many of the rougher edges users had complained about have been addressed: the bezels around the display have been slimmed; the battery connector is smaller but has stronger rmagnets so that accidental disconnects are less likely; and there’s now an RGB LED on the fascia which, for now at least, shows battery status. 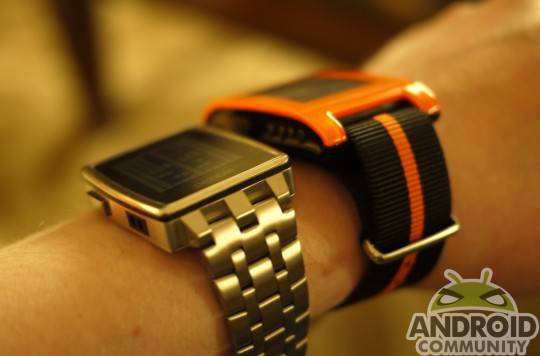 Along with the two finishes there are two straps, both included in the box. First is a steel strap, matching the watch casing itself; second is a leather strap. The Pebble team, Migicovsky told us, couldn’t decide on which to go for, and so decided to include both. Unfortunately, unlike the original Pebble – which will remain on sale alongside the Pebble Steel – the new strap doesn’t use a standard fitting.

Instead, Pebble will offer up the exact specifications of the new connector to third-party firms via its site, with Migicovsky telling us that a number of strap companies have shown interest. Pebble may even do the same with its charger design, in the hope that by making it available to other wearables companies, it could end up a de-facto standard in the segment.

Even if that doesn’t happen, there’s plenty of appeal about the Pebble Steel alone. The company has managed to keep the 5ATM waterproofing, but has added in a Corning Gorilla Glass fascia so that owners are less likely to feel the need to fit aftermarket screen protectors. Most importantly, it uses the same chipset and four-key interface as the original watch, which means apps will run equally well on both. 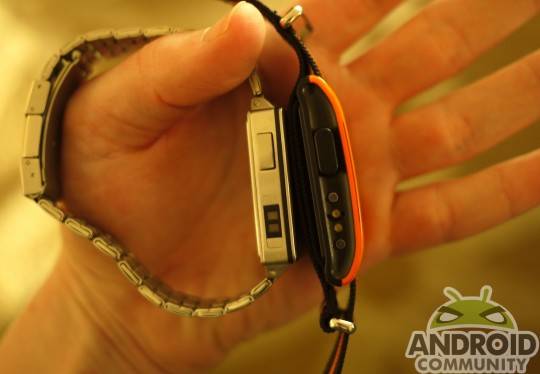 That’s vital since, later this month, Pebble will launch its appstore, a catalog finally pulling together the efforts of the near-3,000 developers signed up to the platform. Pebble won’t force owners to use its download store – side-loading apps will continue to be an option – but Migicovsky is hoping that a more structured distribution system will encourage big names to jump on board.

There are already signs that it may be working. ESPN, Pandora, and Mercedes-Benz have all thrown in with Pebble, with a new batch of apps fresh to CES. ESPN’s shows live sports scores across a number of leagues, while the Pandora app allows tracks to be rated and different playlists to be selected, all while your phone remains in your pocket.

The Mercedes-Benz app is perhaps the most ambitious, showing fuel level, lock status, location, hazard alerts, and more all on the smartwatch. The three right-side buttons can be remapped to trigger different infotainment features in the car, such as triggering Siri or navigation re-routing. 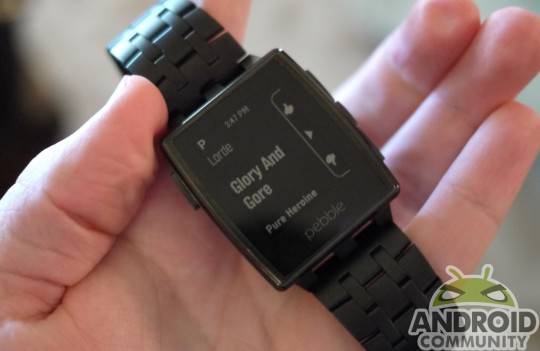 Meanwhile, Pebble itself has added a Notifications menu, which shows all recent alerts from your iOS or Android device, even if you’ve read or dismissed them on the smartwatch itself.