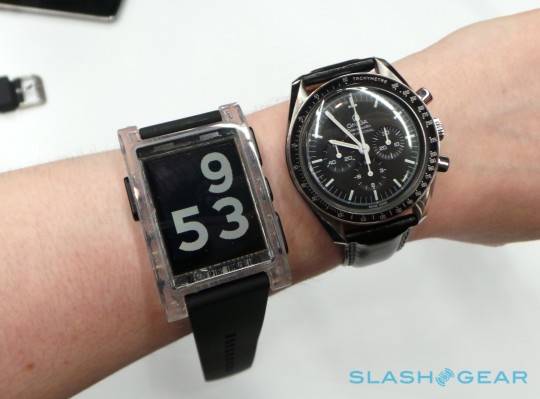 Some Pebble smartwatch users had recently been complaining about an issue that caused the watch to go dead after a shutdown. The folks at Pebble note that this issue was affecting some users with firmware 1.8.x and 1.9 and it was due to the Pebble’s MCU not being “correctly reconfigured prior to entering shutdown.” Technical reason aside, there is a bit of good news for all Pebble users.

This issue has been resolved. The resolution comes in the form of firmware 1.9.1 which is now available. This firmware update brings a fix that “ensures the necessary reconfiguration is always performed before shutting down.” Bottom line here, Pebble users should’t have to worry about this issue moving forward.

Those already affected by the issue can also request an RMA from Pebble. The support page details a few options to try before requesting the RMA, however the Pebble crew appears ready to take care of anyone with a Pebble that died as a result of this issue. One of the items to try includes making sure your Pebble is fully charged (plugged in for at least three hours) and then holding the Select button for 15-20 seconds in an attempt to reboot the watch.

In addition to the firmware 1.9.1 update, the Pebble app has also recently been updated for Android users. This update arrived about a week ago and brought the app up to version 1.6.15. More important though, the app update brought “assorted” stability improvements as well as several fixes to include one that caused Gmail messages to not generate a watch notification.