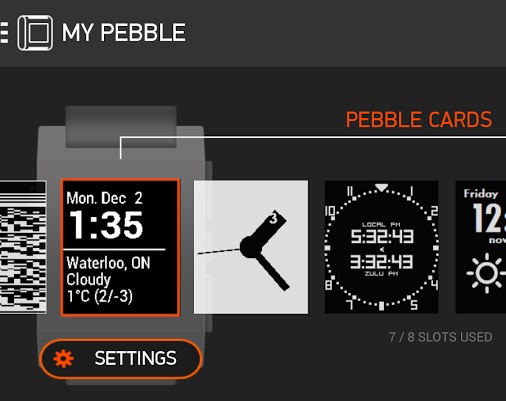 Google isn’t the only one doing updates today. Pebble has also rolled out a minor 2.0.15 version bump to its Android app that brings a couple of improvements across the board, as well as a few interesting new features.

Pebble’s update changelog saves the best for last. In this updated version, the Android App will be able to select which Pebble to connect to when there are multiple Pebble smartwatches paired with a single smartphone. It can now also establish a connection with a Pebble even when there is no Internet connection available, previously a hard requirement that can be, at times, quite inconvenient.

Though not exactly new features, the update also builds on improving the user experience. For one, Bluetooth connectivity is now promised to be more stable and more reliable, especially when it comes to sports and fitness apps. Apps should also now be faster, not just in loading but in overall performance as well.

The update is now available on Google Play Store, which you can find via the link below. The Android App now even features notifications for firmware updates for the smartwatch itself, but only if the app is actually running in the foreground.