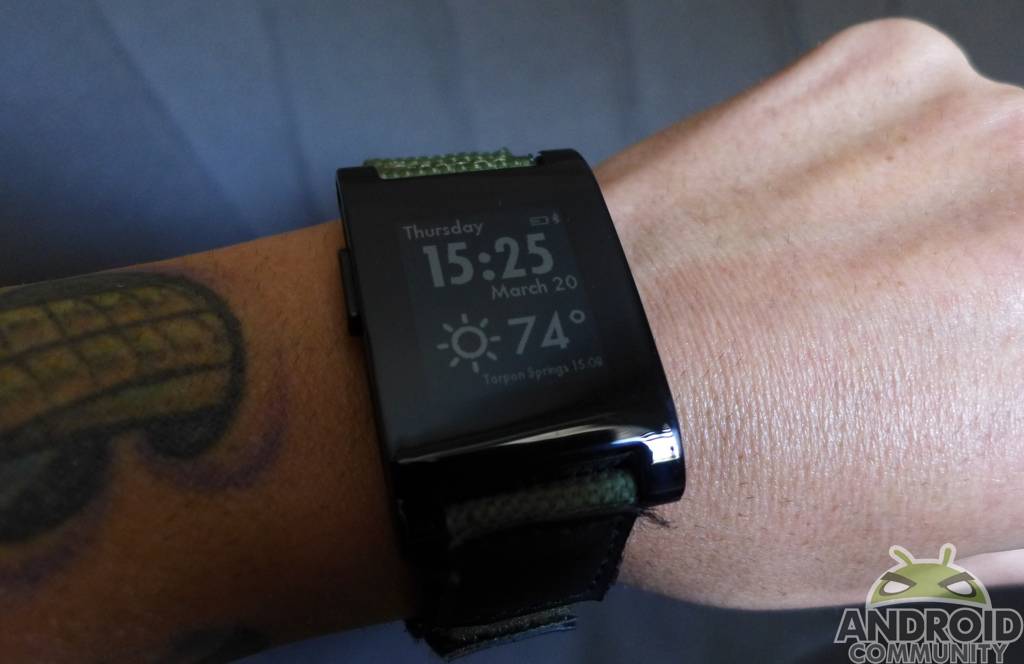 Pebble attracted quite a bit of attention when they launched on Kickstarter. That Kickstarter campaign launched in April 2012, and while they were only looking for $100,000 in funding, they ended up breaking records when the campaign closed a month later at $10,266,845. While Pebble seems to have remained the darling in the smartwatch space since, that came into question a bit when Google announced Android Wear earlier this week.

We aren’t ready to forget about Pebble just yet, and it looks like CEO Eric Migicovsky still has high hopes for future models. In speaking with Fortune, Migicovsky touched on everything from new screen displays to improved battery life, sales and more. The Pebble is said to have gone into mass production in 2013 and since that point they have sold 400,000 watches.

According to estimates, that would be nearly $60 million in revenues. This, all coming from a company that became profitable in 2013. Analyst George Zachary from Charles River Ventures estimates Pebble will double last year’s revenue in 2014. Along with those 400,000 in sales, Pebble has also grown the space around and now has more than 1,000 apps available and about 12,000 registered developers.

Getting back to Migicovsky though, he spoke about how Pebble will be keeping an eye on new display technologies — including those that are flexible. The battery life, while good at its current 5-7 days, is also expected to increase. Migicovsky didn’t offer any specifics here, but did mention how they are “exploring technologies” and hope to increase that beyond a week.

There was also a bit of dreaming, and mention about how he hopes the “watch would be something that is just screen.” To that point, Migicovsky also hopes to take things further and eventually have the Pebble become more than an early-adopter gadget. While he seems happy dreaming about the future, he also seems content to stay in the space and noted how if other people want to compete, they will have to do it on Pebble terms.