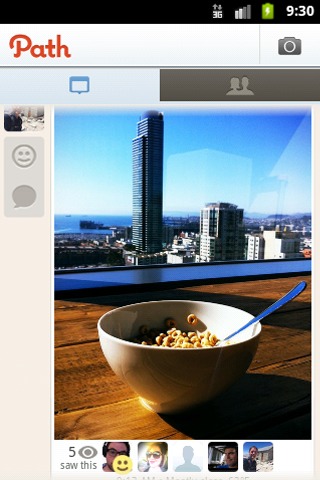 Path for Android has entered beta, allowing Google phone users to access the photo-based social network service. Released on iOS some months ago, Path positions its app as a way to share photos you’ve taken with a small group of trusted friends or colleagues: each account supports up to just 50 contacts.

Images can be tagged, both with the identity of people in the shots, as well as places and things in-frame as well. Comments and conversations are supported, along with records of who has viewed your image and – using Path’s “Emotion” system – how they felt when they saw it. For a broader audience, it’s possible to share shots directly from Path to Facebook.

It’s a free download, though the Path team does warn that there could be a few rough edges and that it’s not quite as polished as the iOS version. You can download Path for Android v1.0 from the Android Market now.