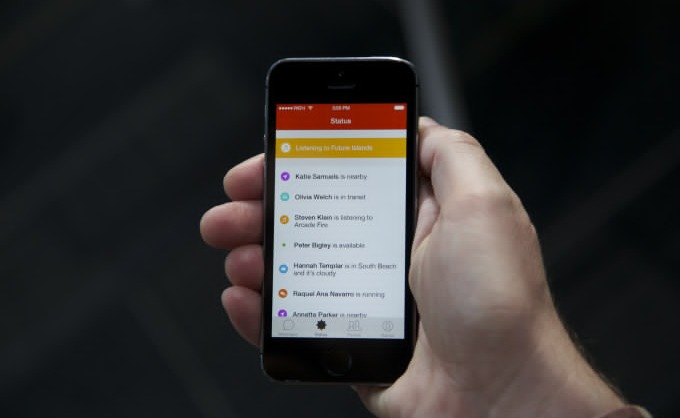 The social networking platform Path has been relatively quiet this year, nary releasing a major update to change up its patented approach to “quick” social networking. That all changed today as the guys behind path unveiled what it has been working on during that span of “quiet time” – a standalone messaging app aptly (if not unimaginatively) called “Talk”.

The business has been rough for Path this year. The company saw major layoffs and it was becoming particularly pressing for the company to put out something new. Path Talk – now an app released for both Android and iOS – is basically the social network’s messaging feature, once found within the main app but now given life as a standalone app. Path’s CEO Dave Morin claims that people are still coming back to Path, with around 4 million DAUs (daily active users).

Morin claims that the social network’s messaging feature was its most famous, and so it became logical for Path to grow out this feature into a standalone app. If you remember, the big blue Facebook also went this way with its own standalone messaging app. Foursquare also recently gave “check-ins” their own app, so this is really not a surprising move for Path.

Path Talk is designed to improve on what users love about messaging in Path, which is that it is very speedy. It was the first to give users a way to agree quickly with a message via a “checkmark” — no points for guessing correctly where Facebook got the idea for the big thumb “like” in its messaging. In this process, the main Path app will lose its messaging feature, with all of that relegated to Talk now. When a user receives a message, there will be a prompt for the user to download the Talk app so that he/she can access the message.