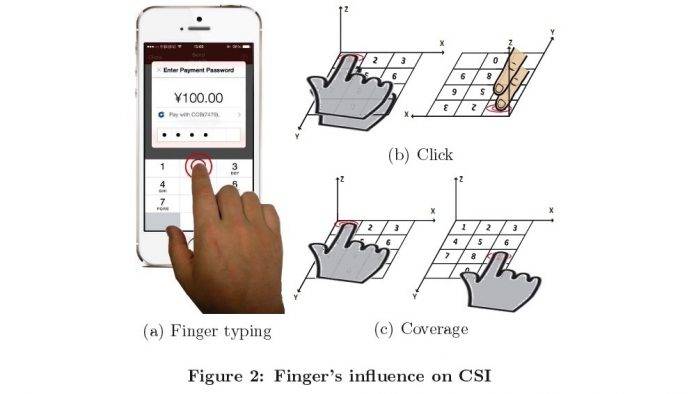 Just because your WiFi requires a password, it doesn’t mean that you are safe and secure all the time. Anyone can still hack inside your network as long as there are genius hackers out there working. Don’t worry though because people and tech companies are doing everything they could do to ensure most of your deepest and darkest secrets are hidden. But these expert hackers, sorry to say, but they know what to do.

There’s a recent report that says some WiFi signals from smartphone can be altered by one’s movements of his fingers across a touchscreen. This can be done and so unnecessary interruptions are not possible. Any expert can analyze, intercept, or reverse engineer a device so he can “read” what the user has typed earlier.

A person’s fingers and movements can be analyzed by any hacker so there is a chance that your passwords are identified. This attack is now known as the WindTalker. It’s considered as such when an attacker controls a rogue WiFi network to collect signal disturbances.

This feature isn’t to teach you how to hack but to let you know that it is possible and that you can still do a number of things to prevents those attacks from happening. How is this possible? There’s a WiFi protocol that uses radio signals now called as the CSI (Channel State Information).