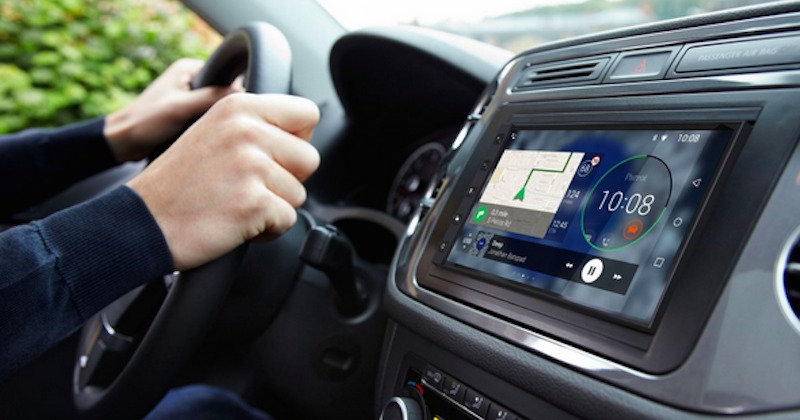 Parrot was determined to bring Android Auto to everyone with the release of the RNB6 car infotainment system. Officially introduced at the CES 2015 earlier this year, the Parrot RNB6 will no longer be available in the after market. Instead, the unit will be offered directly to car manufacturers. This means an ordinary driver or car enthusiast cannot buy the Parrot head unit directly.

The Parrot RNB6 packs a 7-inch 720p IPS Pro touchscreen display, wide-angle 1080p dash cam, and 4 x 55-watt audio amplifiers. This change is perhaps because of Google advancing the Android Auto being integrated in numerous vehicles from different brands. So the former announcement that the device will be available later this year to consumers has been changed to being sold to companies as an embedded system to current vehicles in the automotive market.

No official announcement has been made by Parrot but an old press release published in January in time for the CES event in Las Vegas now includes a note that says:

[July 2015 update] RNB6 project was showcased at CES Las Vegas in January 2015 (watch video below). This infotainment system was selected by several automakers who envision to integrate it in their next-generation car models next year and beyond. As of today there is no plan to sell RNB6 in Aftermarket channels as RNB6 embedded technologies require deep integration with car series and manufacturers.

This can be exciting to those who’ve been looking forward to optimizing Android Auto but no information on which car brands have taken interest on the Parrot RNB6.