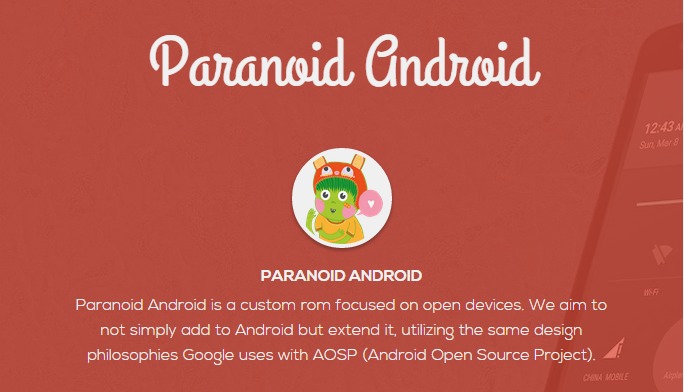 Here’s another after-market Android OS group that we like talking about – Paranoid Android – a group who makes ROMs and already have a good following in the after-market developers community. They officially support a number of Nexus and Oppo devices, plus the OnePlus One. Today they announced that they have made available Paranoid Android 5.0 Alpha 2, their second alpha build based on Android 5.0 Lollipop AOSP.

The build is available for download now (check source link below), but there are some caveats to this new build. The announcement over at the PA official blog said that addon.d backup functions are not included in the build. What this means for the layman is that in installing the Alpha 2 build, users will also have to flash Google Apps and SuperSU (root) and any other extra apps they use after flashing the build’s ZIP File.

With this new build, Paranoid Android is bringing back the App Ops feature which was made available in Android 4.3 but was dropped. Android 5.0 brings that back, allowing users to easily set restrictions for apps who want access to almost everything on your device. The build also gives users leeway to reorder the Quick Settings tiles by dragging them around – usually a headache for those who want to reorder them but can’t because AOSP doesn’t allow that.

If you want to try out the new build, head on over to the PA blog and look for the download link for this new build. Remember the warnings, and make sure you have working backups.