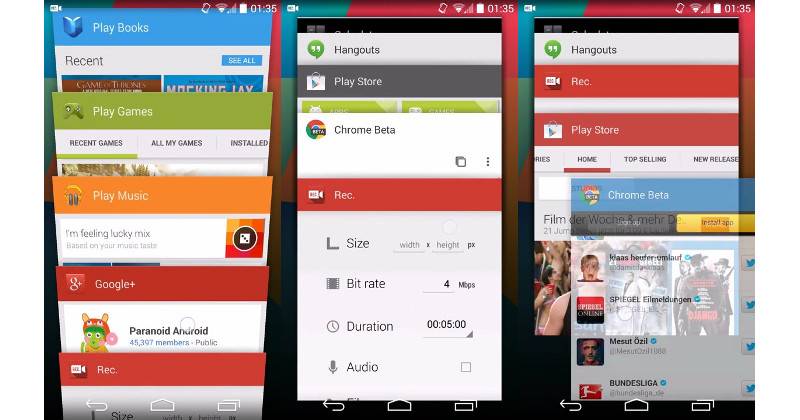 You can really tell how dedicated (or alternatively, obsessed) developers are with a feature when releases are dedicated mainly to the improvement of a single, but arguably major, feature. Inching ever closer, hopefully, to a final release, the Paranoid Android team has released Beta number 2 of version 4.5 with, you guessed it, another round of changes to the redesigned Recents view.

Android L‘s fancy new Material Design has had some pining for the look and feel of the upcoming Android version. PA started the ball rolling by introducing a redesign of the Recent Apps list, one of the more visible changes found in Android L. Of course, it wouldn’t really be remarkable if they just dumped the exact same thing from Android L to Android 4.4. They of course, gave the visualization their own spin and stamp of identity, and introduced some features not yet, and might never be, found on Android L. Like, for example, the ability to throw away all but the most recent app with a tap of a button.

Each iteration of PA 4.5, which came immediately after the first stable release of PA 4.4, was dedicated to polishing up this new feature. In this round, the changes are a bit more subtle but the overall effect is more pleasing. In particular, the layout has been improved, promised to give an easier navigation experience. Animations have seemingly also been tweaked a bit, making transitions between states a bit more fluid. Animations, to some, may just be eye candy, but judicious and reasonable use of transitions is also one of the pillars of Material Design. Of course, this is all better seen in action, so take a gander at the short demo clip below.

That said, the new Android L aesthetic might not be to everyone’s taste. Fortunately, PA was kind enough to give their users a way to opt out and revert to the usual style of Recents. Of course, there are other changes included in this release, mostly related to the theming system. For one, the calculator has now been made themable. And, like clockwork, changes to the upstream Theme Engine have also been merged.