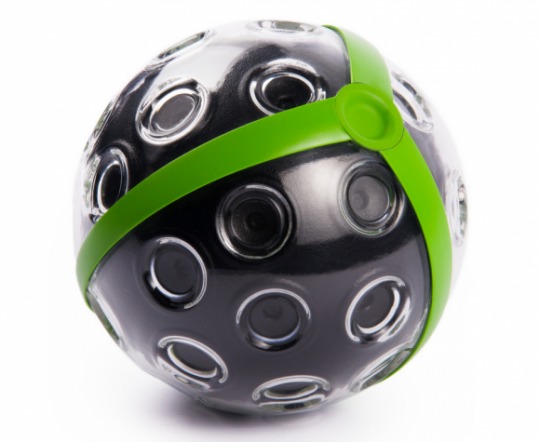 Wrapping an Indiegogo campaign that began back in mid-November, the team behind the Panono Panoramic Ball Camera have surpassed their funding goal. The campaign has a little more than a day remaining, but the pledge amount is currently sitting at $969,768. That is towards and initial funding goal of $900,000.

Or in other words, it looks like those who backed the project will be receiving their ball camera, which now has 108 megapixels. This ball camera is essentially a new way to take panoramic images. The ball can be propped up using a stick, or tall tripod, and it can also be simply thrown up.

Regardless of the path you take to get the Panono up in the air, the result will be the same — a 108 megapixel image that shows views from all around. The Panono Panoramic Ball Camera will capture the image(s) when the ball reaches its highest point. Looking toward the Indiegogo campaign, the pledge amounts (to get the camera as a reward) began at $499 and increased depending on the options and amount you were looking for.

While the recent focus was on the crowdfunding campaign, this is a project that dates back several years. Our sister site SlashGear has been following along since October 2011, a time when it was unsure if the Panono was even going to make it past the prototype stage. That all having been said, for now we will be looking towards the team for further details in terms of when the backers will be able to get hands-on, and beyond that, to a time when those who didn’t back the campaign will be able to make a purchase.