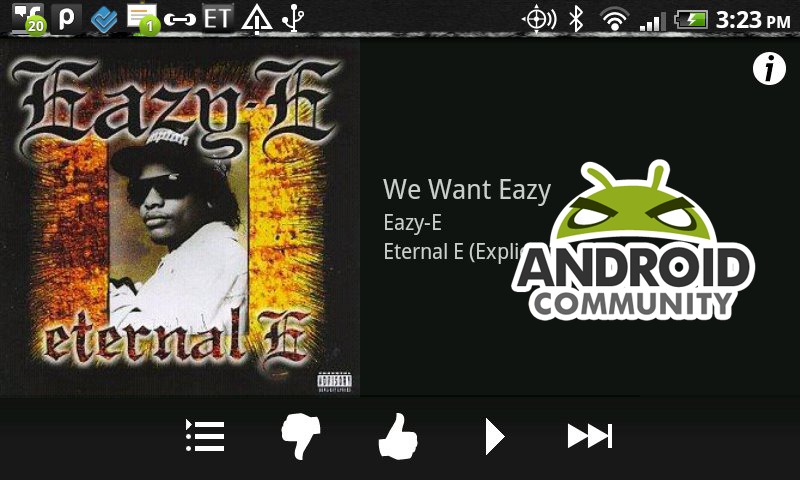 Looks like Pandora Radio for Android has been under fire as of late. If you guys didn’t hear they were issued a Subpoena recently over a few different issues, mainly regarding privacy and user data. Apparently there has now been even more information revealed from our friends over at Ars Technica that might have you all even more worried.

I know you all love Pandora Radio, as do I. So please don’t get to upset as I only share the news as I see it. I use Pandora very often, but I’ve yet to turn it on today after reading this.
Apparently after a company named Veracode did a bit more research they found some things that are pretty scary to say the least. According to them Admob was transmitting GPS, but that makes sense as most are driving while using the app, but then they found it randomly at all different times was reporting the users GPS. Then there was other references that appear to also log user data, gender, and possibly birthday. Additionally, the app itself appeared to be sending the users Android ID, and continually access the user’s GPS location for updates.

Veracode then wrote on its blog.

I don’t like the idea of them accessing many of those things, one in particular being my IP Address and my gender, that is not any of their business. Pandora has mentioned in the past that they require a certain level of access to user information so that it can continue delivering personalized music streams that we all know and love. Then again, according to Veracode, they aren’t just using that data for themselves, but rather for advertising purposes as well. There is no proof of this next comment, but the thought of them selling my personal information would make me not have a happy face. Ars Technica goes on to mention, “If the grand jury ends up coming to the same conclusion, Pandora (and other app makers) could be facing legal difficulties.”

What do you all think, and will you be dumping your favorite music streaming app over this? Did you just uninstall Pandora like I did? What about Amazon MP3 and the new cloud player, does it just cross reference the music you already have for the music suggestions it sends you, or are they also taking more information than we would like, or they need? Only time will tell. Stay tuned.