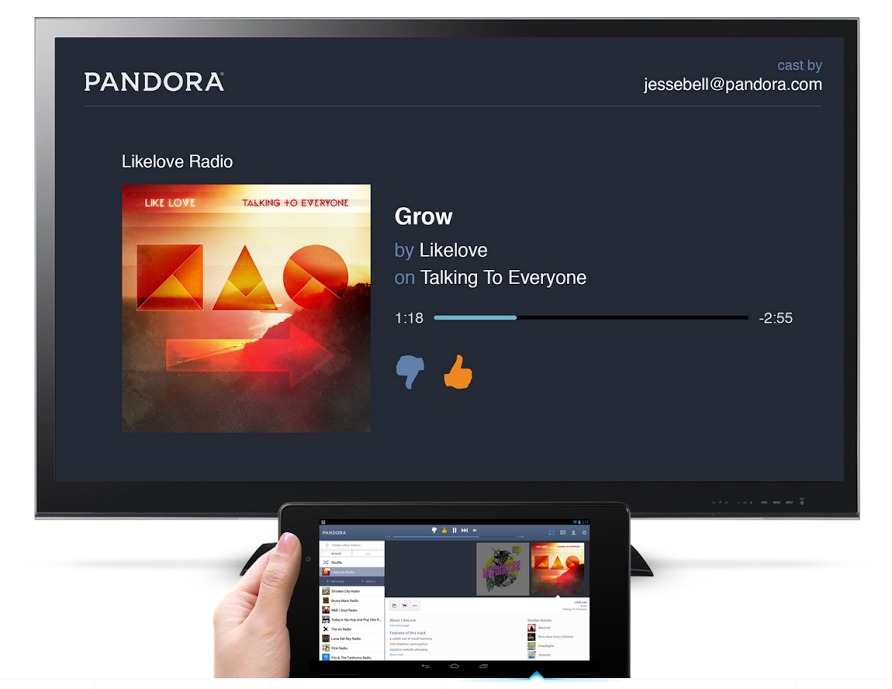 Pandora recently rolled out the v5.0 update. That update actually arrived in the Google Play Store yesterday and while the screenshots were showing the Chromecast icon — the support wasn’t available. At the time the focus of the update was for tablets but jump ahead a day later and we are getting the official word on Chromecast support.

In short, Pandora users are now able to stream to their Chromecast. Anyway, make sure you have the latest version of the Pandora app installed and then begin streaming by tapping the Chromcast icon that sits towards the upper right-hand corner of the app. And thanks to the update we saw yesterday, Pandora should look just as good (if not a bit better) on an Android tablet as compared to a smartphone.

The tablet update touched on the listening experience and personalization along with discovery and exploration. There were also some tweaks to the personal profile and music feeds. Basically, while there is some new stuff in the app, it seems much of this is simply because of the added screen real-estate.

For example, the listening experience kept the same core features, but added easier access to items such as shuffle, rename and the ability to delete stations. Similarly, the discover aspect now has more detail for what is currently playing and also on the artist pages. With that, Pandora for Android can be found using this Play Store link.