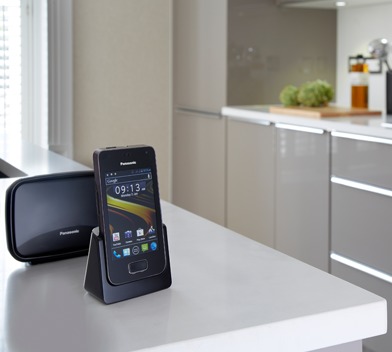 Even if you don’t use a smartphone or a tablet, Android can still have a place in your home and in your life, be it as a set-top box or a gaming console. Panasonic is now taking that idea and putting Android in yet another normal household appliance: a regular cordless home phone.

By smartphone standards, the Panasonic KX-PRX120 is indeed regular, if not too plain. It has a 3.5-inch HVGA screen with support for multitouch and the normal connectivity features such as Bluetooth and WiFi. Details on its internal storage capacity are absent but it does have a microSD slot. The handset packs a 1450mAh Li-on battery which charges over a micro USB port, but the announcement does not mention anything about battery life with standard usage.

The device does, however, have features that definitely put it above your regular home phone. It has built-in answering machine functionality that allows recording of voice messages up to 40 minutes. It also has a front-facing 0.3M pixel camera which, when coupled with an Internet connection, can be used for Skype or making video calls. It also has caller ID as well as call barring. 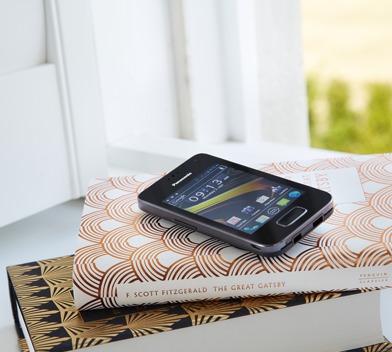 The KX-PRX120 runs Android 4.0 Ice Cream Sandwich. Although there is no mention of official Google Apps support, release photos show the Google Play Store icon, suggesting that it does. Panasonic has not released information regarding when this Android-powered cordless phone will hit the market nor how much it will cost.