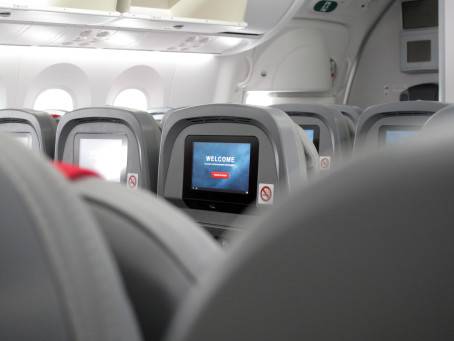 Long flights are tedious, to understate it, and in-flight entertainment options have traditionally been lacking. While fliers can take a device with them, the device is separate from the flying experience, something that has fueled the newly announced partnership between Panasonic Aviation and Norwegian Airlines to launch the first-ever in-flight Android entertainment system.

Unfortunately, information on the system is pretty sparse at this point, including a lack of details on when the system will be making its way into planes and specifics about how the system will function. During the announcement, however, it was said that the entertainment system will be “similar” to what users experience on their own Android tablets and smartphones.

In what is referred to as the “edginess of the universe,” Panasonic’s technology will be used for an 18-month period, and will extend beyond mere entertainment with the ability for passengers to summon things like drinks and buy snacks, making it more of an all-in-one functionality type of offering. Music, movies, and games will all be offered as well, likely at a price, though that isn’t mentioned.

The entertainment system will be delivered via touchscreen panels installed in the seats, and will be available on Boeing 787 Dreamliner aircrafts that fly between the United States, Scandinavia, and Asia.

Panasonic Avionics’ President and CEO Paul Margis said: “Panasonic is passionate about bringing the latest technology to the onboard experience, and are proud to deliver the first in-flight entertainment system that is powered by Android. This open platform architecture facilitates faster, easier, application development, integration, and deployment, enabling Norwegian to engage passengers in an even more amazing entertainment experience while creating new revenue streams.”