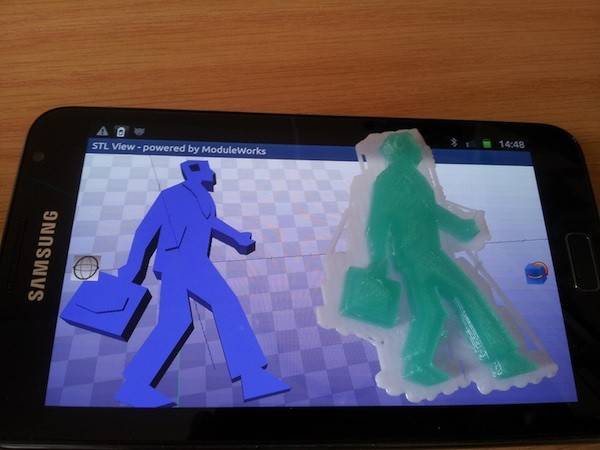 Have you ever seen a MakerBot (digital fabricator) in action? It’s quite amazing how it can create essentially anything you design, and with amazing precision. Well Paint3D aims to bring 3D printing capabilities to your Android devices soon. It isn’t quite elaborate as programs used on your PC, but you’ve got to start somewhere right?

It isn’t available for the public yet, but the House 4 Hack team from Johannesburg have been working for the past few days on perfecting it. They are using a Samsung Galaxy Note to test it, and are primarily trying to make use of the included digitizer pen. They first plan to have users trace an uploaded picture, and then the program can add depth to the trace. Other shapes should then be able to be placed upon the primary layer.

It doesn’t allow wireless printing for now, but instead users will upload their creations onto a USB and plug them into the 3D printer. This project was primarily developed to enter into a science fair, in hopes to allow school kids a chance to experiment with the program. It is much more complicating than meets the eye, and one of the guys working on Paint3D described what’s in store for its future in great detail. This is definitely worth checking out!