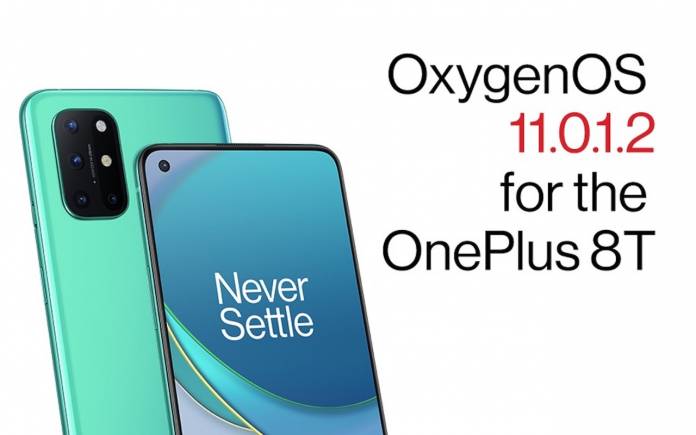 The latest OxygenOS 11.0.12 update is now ready for the newly announced OnePlus 8T. OxygenOS 11 based on Android 11 recently rolled out for the OnePlus 7 series and OnePlus 8 series. The new 8T variant is getting the most up-to-date version in India, Europe, and North America. The rollout is incremental so if you already have the OnePlus 8T, watch out for the firmware version that brings several enhancements to the system, optimizations to user experience, and some new features.

Optimizations to the power consumption of the phone and the unlock experience for Ambient Display have been made as well. For India, a new Amazon shopping App has been added for a better mobile shopping experience.

The camera system has been enhanced with better Nightscape Mode for video. The accuracy of white balance under different settings has been optimized too. The camera app is more stable now. The update also brings improvements to communication functions.

If you have downloaded and applied the update, make sure you watch out for any buds or issues. Share them with the OnePlus team on the Feedback tool. You can also send them to bughunters@oneplus.com.

OnePlus values the feedback and suggestions of the OnePlus community so don’t hesitate to share them. And yes, they still implement the ‘Never Settle’ principle so rest assured the platform will always be updated.
___
UPDATE: The Amazon app is sideloaded into the OnePlus 8T phone. In a statement shared with Android Authority, here is what OnePlus has to say:

As part of our long-standing partnership with Amazon, the Amazon Shopping App has been pre-loaded on OnePlus devices since the launch of the OnePlus 3 in India. For the OnePlus 8T 5G, we were unable to install the stable Android 11 version of the application at the time of the launch. Due to this reason we had to update the Amazon application in the latest OTA update for devices in India only. We apologise for any inconvenience this may have caused.