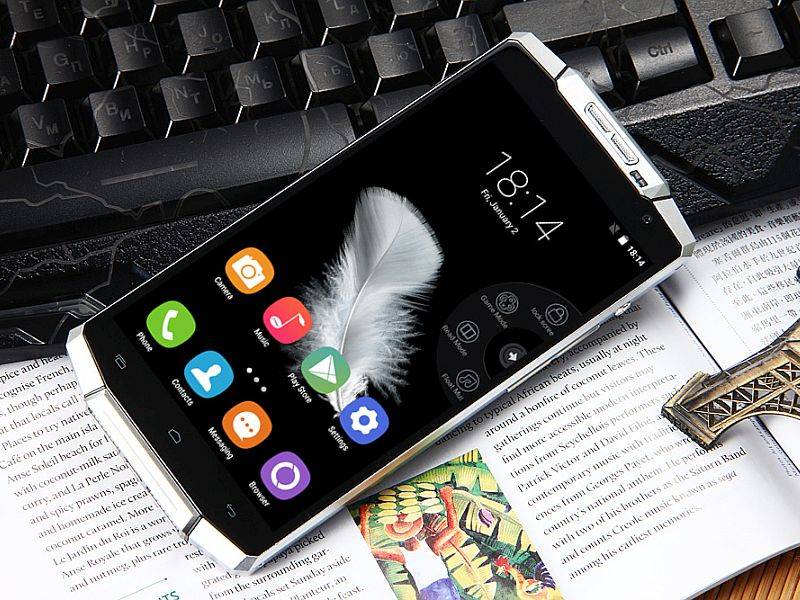 The Oukitel K10000 has been leaked since July and we’re all excited to see how the 10,000 mAh battery will fare. In this day and age where there’s a demand for a long battery life on different mobile devices, a huge battery is always an advantage. While others are working to develop effective battery saving modes or features, there are OEMs like Oukitel who are going to try by adding a bigger battery.

The 10000mAh battery on a smartphone is way better than what most tablets currently have so we’re interested to know if the Oukitel K10000 will live up to its promise. Don’t think this one will be expensive because of the battery size. In fact, it’s super affordable at only $240.

That’s the usual price of a mid-range phone so you can say this is one cheap mobile device. If you’re looking for something that can last a long time and keep up with all your mobile browsing, music streaming, video watching, or gaming adventure, consider this one. For that price, your battery will go a long way.

As a follow-up to the Oukitel K6000 introduced last October, the new model is also being offered for an even lower price. As an introductory price, the K10000 is now $199. You can pre-order for one from GearBest.com and expect delivery starting the 21st of January. Other specs include a 5.5-inch IPS HD screen, 720 x 1280 pixel resolution, GHz quad-core MediaTek MT6735 processor, 2GB RAM, 4G LTE, dual SIM card slots, 16GB built-in storage, microSD card slot for memory expansion, 8MP rear camera with HDR and face detection, 2MP front-facing cam, Bluetooth, and WiFi. Phone runs Android 5.1 Lollipop out of the box.

The Oukitel K10000 smartphone will only be available in China. No information if the device will be ready in in other countries but you know how easy it is to get anything from China these days. If you want a phone that will last for days and even up to two weeks, get this new Oukitel phone.