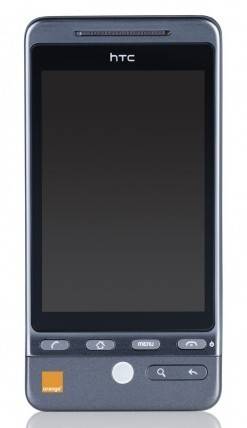 UK carrier Orange has confirmed that it will be offering the HTC Hero, the new Android smartphone that was announced just hours ago in London.  According to the carrier, the Hero will be available in early July, and will be exclusive to Orange in its graphite finish.  It’s unclear whether that means they won’t be offering the white model we saw today.

The Hero will be free to new customers who sign up to a two-year contract of £39.15 ($65) per month.  That will net them 1200 cross-network minutes, together with unlimited texts and on-device data.

Interestingly, Orange’s press release suggests that the Hero – while their first Android device – will only be the first smartphone running Google’s platform to be launched on the network this year.  In fact, they’re promising “several Android handsets” in 2009, though not specifying which models those might include.

Orange to exclusively retail the HTC Hero in ‘Graphite’, offering it free on selected pay monthly contracts from early July The HTC Hero is the first of several Android handsets Orange will range in 2009

Orange today announced it will be launching the much anticipated HTC Hero, the first Android device to be ranged by Orange in the UK. Available from early July across all Orange retail channels, the HTC Hero will be available for free on select price plans and will be exclusive to Orange in ‘Graphite’ colour.

Orange is offering the HTC Hero for free to customers who take out a £39.15 per month, 24 month contract. The package includes 1200 any network call minutes, unlimited texts, as well as inclusive anytime internet browsing so users can make the most out of their mobile experience.

Francois Mahieu, Director of Devices, Orange UK said, “We’re really pleased to be launching our first Android handset in conjunction with HTC. The first of several Android devices you can expect from us this year, we believe the Hero is a great all round device which will allow consumers to get to grips with all the things they love about the internet, whilst on the move. We expect it to be extremely popular when it hits shelves this summer.”
The HTC Hero is exclusive to Orange in ‘Graphite’ and will be available from Orange shops and www.orange.co.uk/shop in early July.