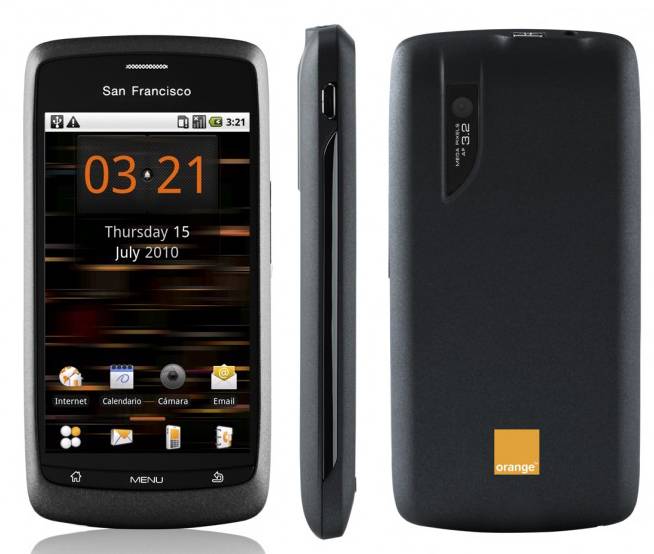 Orange UK has outed its latest Android smartphone, the somewhat bizarrely named San Francisco, and they’re targeting the budget-minded masses this time.  The Orange San Francisco will cost £99 on the carrier’s “Dolphin” pay-as-you-go plan, which gets you a 3.2-megapixel camera, capacitive touchscreen and Android 2.1 Eclair.

There’s also WiFi, Bluetooth 2.1+EDR and GPS, along with 3G+ and an FM radio, while storage is a scant 150MB of internal memory and then whatever you slap into the microSD card slot (a 2GB card is included in the box, but the slot will support up to 32GB).  The whole thing measures in at 116 x 56.5 x 11.8 and weighs 130g, and Orange reckon you’ll see up to 4hrs talktime or nine days standby.

Unlikely to set the world alight, but the Orange San Francisco certainly adds to the options for entry-level Android devices.