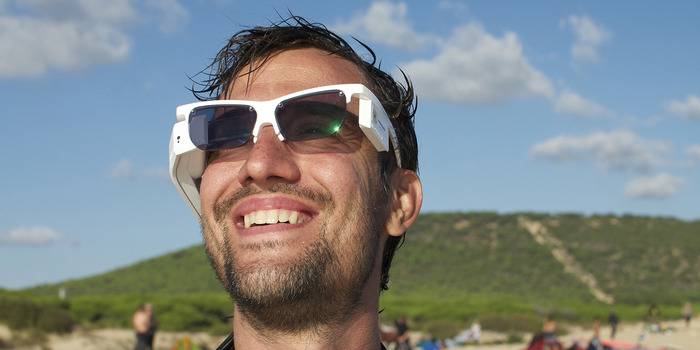 As wearable technologies continue to find their time more and more in the spotlight, outfits like Optinvent find more and more reasons to be bullish about their products. This specific thingamabob is the ORA-1 wearable “smart glass” gadget, done in the tradition of what Google started with Google Glass – only, this one is more scalable as it runs mostly on Android OS.

Think of an Android tablet that you wear as eyeglasses – that’s how Optinvent wants us to think about the ORA-1 smart glass product. The ORA-1 is optimized for AR (that is, “augmented reality”) applications – allowing users a clear view while displaying a virtual image on the glass itself. In terms of physical specs, the gadget has its own dual-core processor that runs processes for the included the camera, microphone, inertial sensors, ambient light sensor, photochromic lenses, and a high capacity rechargeable battery. Not bad right? 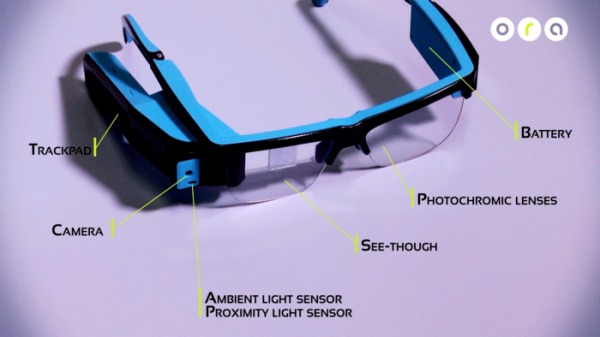 As can be expected, the ORA-1 is fully configured for connectivity with WiFi, Blootooth, and GPS. The gadget runs Android 4.2.2 at the moment, but their Kickstarter page says that they are currently upgrading to Android 4.4 KitKat. Optinvent says that Android apps can run locally on the device – but in truth, it only makes sense to run AR-oriented applications on the gadget. That said, AR app developers can now have more freedom by scaling from Android than from any other proprietary platform. 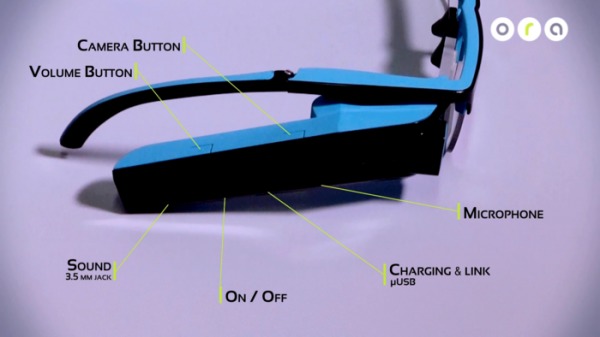 While still far from their Kickstarter target funding, we can see the ORA-1 as being a very capable device for Android augmented reality apps. Optinvent claims that the device is the most robust smart glass platform available today. To their defense, we haven’t really seen anything to compete with Google Glass at this point, so they may have a point to prove. We’ll have to see how the platform matures and develops, but at this point in time, we can totally see the AR industry ready to boom.