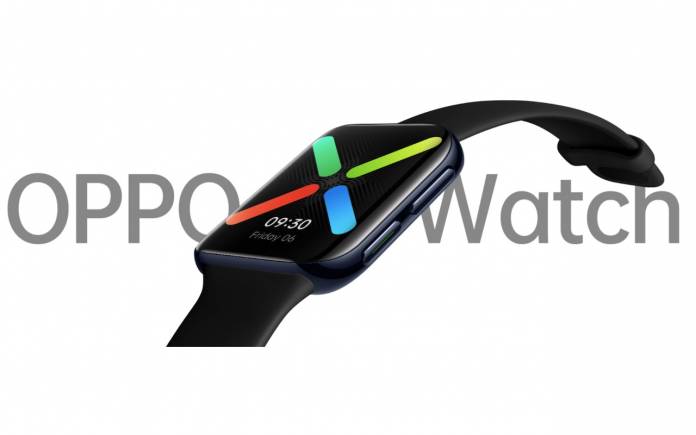 The next-gen OPPO Watch was expected to launch before the end of July. The wearable device did arrive after months of being teased. It reached the FCC which meant announcement would be happening soon. An OPPO Watch with a familiar design and Dual-Chip Endurance System was introduced back in March but the Chinese OEM wants to offer an improved version. The new OPPO Watch has been officially announced. It still looks like an Apple Watch so this is more like an improved version of the original OPPO Watch. The device is powered by Wear OS by Google which means it could work with Android and iOS devices.

The 41mm OPPO Watch only comes with WiFi and plastic back plus a 6000-series aluminum alloy build. The LTE-capable 46mm version is also water-resistant up to 3ATM. The 41mm watch features a fluororubber strap and a plastic back plus a 300mAh battery that can last the whole day on regular use and two weeks straight in Power Saver mode. Color options include Pink Gold, Silver Mist, and Black.

The bigger 46mm OPPO Watch can be availed with either LTE eSIM or WiFi-only. It comes with a plastic and ceramic back, 430 mAh battery, and water-resistance up to 5ATM. The battery can last up to 21 days in Power Saver mode and 30 hours and 36 hours (LTE, WiFi).

Both versions run on Qualcomm Snapdragon Wear 3100 processor and come with VOOC Flash Charging system. The fast charging features means an extra 16 hours of battery with 15 minutes of charging. A fully charged battery can be achieved in 75 minutes (1 hour, 15 minutes).