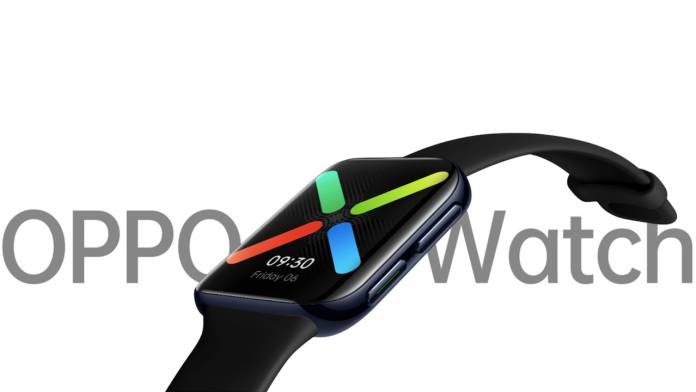 Google and Samsung consortium over the Wear OS came as a pleasant surprise at this year’s Google I/O. Of course, beyond the two mentioned tech giants, there would be others that would want to leverage the quality and efficiency of the upgraded Wear OS by Google. To that accord, we learn that OPPO is going to be one of the first few adaptors of the new OS in its new watch when it becomes available. The watch is also rumored to be powered by Snapdragon Wear 4100 (Qualcomm’s top-of-the-line processor for wearables).

Reportedly, OPPO Watch 2 will be one of the early smartwatches based on the new Wear OS. For the unaware, OPPO Watch with its square face reminiscent of the Apple Watch, was the first wearable from the Chinese smartphone giant and it was launched last year.

Mobvoi’s TicWatch Pro 3 is currently the only smartwatch that runs the Snapdragon Wear 4100. As per the leaked info, OPPO Watch 2 will come in seven models between 42mm and 46mm case sizes. There is a subtle mention and we strongly feel the design of the watch would be more or less the same as its predecessor – square!

Some other information coming out way of the leak is that the OPPO Watch 2 will have its internal storage beefed up to 16 gigabytes from 8BG – on the first variant – and that it would come with Relax app and stress detection feature. To make things more interesting, it is likely that OPPO Watch 2 will support eSIM for LTE connectivity.